Donald Trump has called for a boycott of Apple products, jumping on the controversial issue - in return Apple have responded with 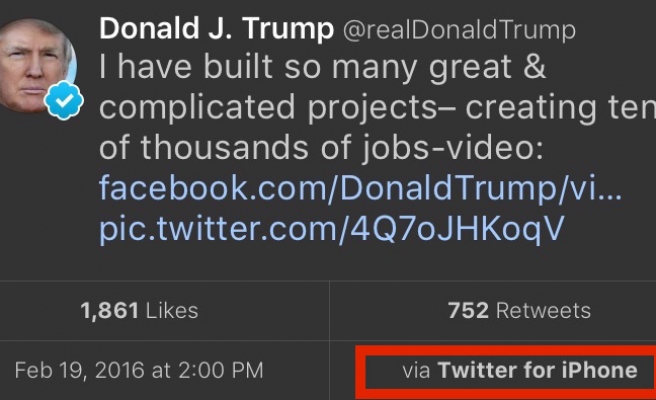 Donald Trump has used an iPhone threatening Apple with a boycott of their products and permanently switch to Samsung if Apple doesn’t give in to the federal government’s demands, and he’s calling on all his followers to do the same.

At a rally in South Carolina the US presidential candidate says that citizens should boycott Apple products until the company hands over the PIN to one of the San Bernardino terrorist’s iPhone 5c. Trump neglected to mention though that nearly all his tweets come from an iPhone.

“First of all, Apple ought to give the security for that phone,” Trump told his followers at the event today. “What I think you outta do is boycott Apple until such time as they give that security number. Boycott Apple.”

Apple howevere were not concerned with Trump's call for a boycott of its products. If anything, it seems pretty proud to have drawn the controversial frontrunner’s ire.

During a phone conversation with reporters shortly after Trump’s call went out, senior unidentified Apple executives made their feelings about the campaign who “said they felt they were in good company given the other groups and people Trump has criticized in the past,” according to a report in Reuters.