Federal law requires that airlines provide certain services to passengers and their families in the event of a crash. 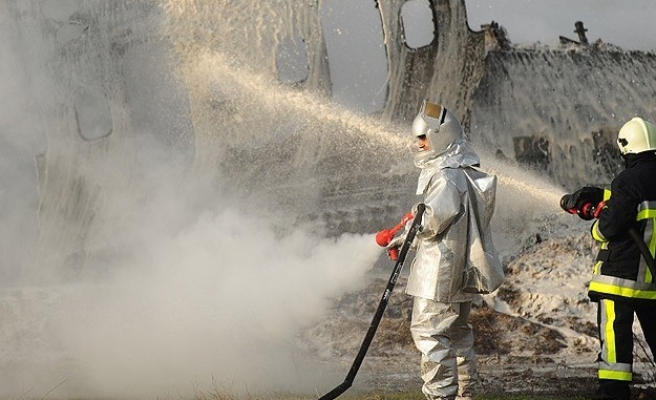 U.S. regulators fined Asiana Airlines Inc $500,000 on Tuesday for failing to assist the families of passengers on a flight that crashed in San Francisco in July in which three people were killed and more than 180 injured.

The Boeing 777, en route from Seoul, hit a seawall short of the runway at San Francisco airport, broke apart and caught on fire.

"Asiana's response to the crash of flight 214 indicates that the carrier failed to commit sufficient resources to carry out its family assistance plan," the U.S. Department of Transportation said in a statement.

Federal law requires that airlines provide certain services to passengers and their families in the event of a crash. The DOT said it was the first time it issued a fine under that law.

An Asiana spokesman in Los Angeles declined to comment. He referred questions to the airline's headquarters in Seoul, which was not immediately available.

For almost a day following the July 6 crash, Asiana failed to publicize widely a telephone number where family members could get information, the department said.

Asiana also took two days to send a sufficient number of trained personnel to San Francisco and initially lacked an adequate number of staff able to communicate in the languages spoken by the flight's passengers, the department said.

Not until five days following the crash did Asiana have the resources necessary to carry out all of its responsibilities under federal law.

"In the very rare event of a crash, airlines have a responsibility to provide their full support to help passengers and their families by following all the elements of their family assistance plans," U.S. Transportation Secretary Anthony Foxx said in a statement.

"The last thing families and passengers should have to worry about at such a stressful time is how to get information from their carrier."

The Asiana crash was the first fatal commercial aircraft accident in the United States since February 2009.

The National Transportation Safety Board is still investigating the accident.