Sole suspect -- a 'Las Vegas local' -- named Stephen Paddock is down, police say as they look for female 'companion' 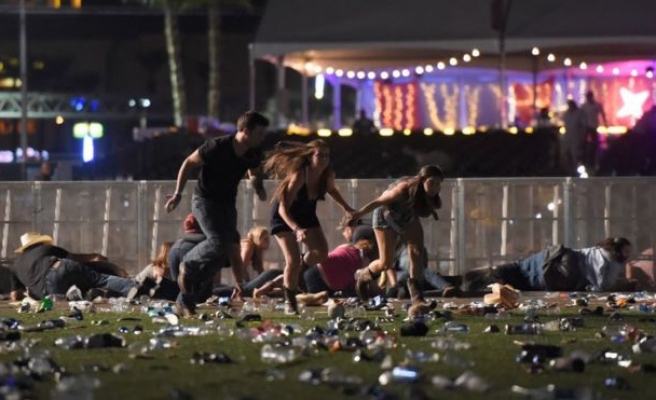 At least 50 people were killed and more than 200 others wounded at a country music concert in Las Vegas city late Sunday night in the worst mass shooting in recent U.S. history, Nevada sheriff announced Monday.

Lambardo referred to the 64-year-old attacker, who was killed by officers on the 32nd floor of the hotel, as a Las Vegas local resident and made no references to terrorism, instead calling the shooting a "lone wolf" attack.

The shooter fired as many as 600 rounds in six or seven bursts with an automatic weapon for nearly four-and-a-half minutes, media reports quoted police sources as saying.

Video footage of the shooting showed thousands fleeing the venue in panic, causing stampedes, according to eyewitnesses.

Police believe there are no additional suspects but are looking for a female "companion" of the shooter, identified as 63-year-old Marilou Danley.

An exact number of casualties was not immediately available, officials said. A spokesman for a nearby hospital said at least 12 people were in critical condition.

At least two off-duty police officers are believed to be among those slain, according to media reports.