Biden says US will 'wipe out' evil of ISIL

'This fight is going to take time, but we are committed to seeing it through until we wipe out this evil,' US Vice President says 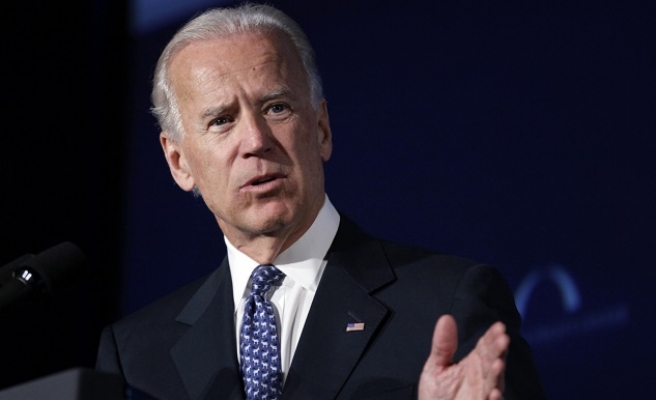 US Vice President Joe Biden said on Monday Washington was going to have to "squeeze the heart of" the ISIL group in Syria and Iraq to wipe it out.

"We have to squeeze the heart of Daesh in Iraq and Syria so they can't continue to pump the poison in the region and the rest of the world," he said, using an Arab acronym for ISIL.

Biden was speaking to hundreds of American and allied forces inside a hangar at a military base in the United Arab Emirates.

Earlier, he ruled out a military solution to end Syria's conflict, and called for a political transition.

"That should be clear to everyone," Biden told Abu Dhabi newspaper The National.