Biden sees 'less than even' chance of nuclear deal with Iran

Biden said the sanctions imposed by the United States and allies were working by slowing Iran's economy, as well as its nuclear program. 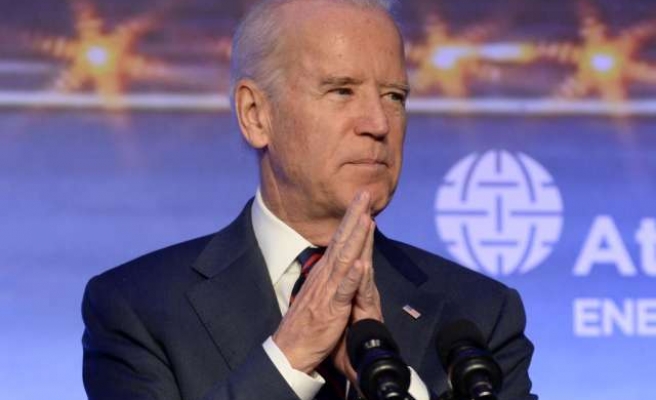 U.S. Vice President Joe Biden said on Saturday there was a "less than even shot" of a nuclear deal with Iran but that it was still worth pursuing.

Biden, speaking at a forum on the Middle East at the Brookings Institution think tank, rejected calls for more sanctions against Tehran over its nuclear program because "this is not the time to risk a breakdown when we still have a chance for a breakthrough."

Biden said the sanctions imposed by the United States and allies were working by slowing Iran's economy, as well as its nuclear program.

"It's frozen the program, it's given us a shot for a peaceful solution," he said. "I tell you, I think it's a less than even shot but it's a shot, nonetheless."

Biden said that while the United States and Israel have tactical disagreements, Washington remained fully dedicated to Israel's security.

"We will not let Iran acquire a nuclear weapon - period," he said. "End of discussion. Not on our watch."

Last month Iran said it would not make excessive concessions on its nuclear program, which Tehran says is for energy-creation purposes, as part of a 12-year dispute.