U.S. District Judge Lewis Kaplan imposed the sentence minutes after Abu Ghaith made a statement in Arabic, quoting the Koran and declaring he would not ask for mercy from anyone but God 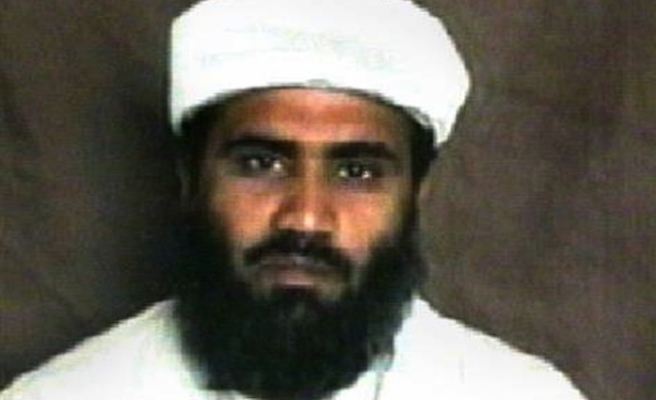 Suleiman Abu Ghaith, a son-in-law of Osama bin Laden, was sentenced to life in prison on Tuesday in New York following his conviction on terrorism charges.

A Manhattan federal jury in March found the Kuwaiti-born 48-year-old guilty of conspiring to kill Americans, conspiring to provide material support for terrorists and providing such support, after a trial that offered a rare glimpse of bin Laden in the hours following the Sept. 11, 2001, attacks.

U.S. District Judge Lewis Kaplan imposed the sentence minutes after Abu Ghaith made a statement in Arabic, quoting the Koran and declaring he would not ask for mercy from anyone but God.

"Today, and at the same moment where you are shackling my hands and intend to bury me alive, you are at the same time unleashing the hands of hundreds of Muslim youths," the former imam said through an interpreter. "And they will join the rally of the free men."

In response, Kaplan noted Abu Ghaith had expressed no remorse, and cited a video in which Abu Ghaith appeared amused by al Qaeda's Sept. 11 attacks, which killed nearly 3,000 people in the United States.

"You, sir, in my assessment, are committed to doing everything you can to assist al Qaeda in its mission to kill Americans," Kaplan said.

Prosecutors painted Abu Ghaith as a charismatic spokesman for al Qaeda in the days after the attacks, saying he recorded inflammatory videos used to recruit new members.

The government also contended that one October 2001 video, in which Abu Ghaith promised the "storm of airplanes will not stop," indicated he knew beforehand of an ultimately unsuccessful attempt to detonate a shoe bomb aboard a jetliner in December 2001 by Briton Richard Reid.

"Abu Ghaith was a proud participant in al Qaeda's conspiracy to kill Americans," Assistant U.S. Attorney John Cronan told the court. "He was someone Osama bin Laden relied on heavily."

Abu Ghaith's lawyer, Stanley Cohen, argued his client was guilty only of fiery speeches and that not a "scintilla of evidence" exists to connect him with any specific plots.

At trial, Abu Ghaith testified that he met bin Laden in an Afghan cave on Sept. 11.

"We are the ones who did it," he said bin Laden told him.

The next day, Abu Ghaith said, he recorded his first video at bin Laden's request. However, he claimed he was not an al Qaeda member and said he did not intend to speak for the group.

Abu Ghaith would later marry bin Laden's daughter Fatima, a fact the jury was not told.

Following the verdict, U.S. Attorney Eric Holder traveled to New York, where he said the trial proved again that such cases should be prosecuted in civilian court.