A U.S. military tribunal sentenced Osama bin Laden's former cook to 14 years in prison, but he is expected to serve far less under a secret plea deal. 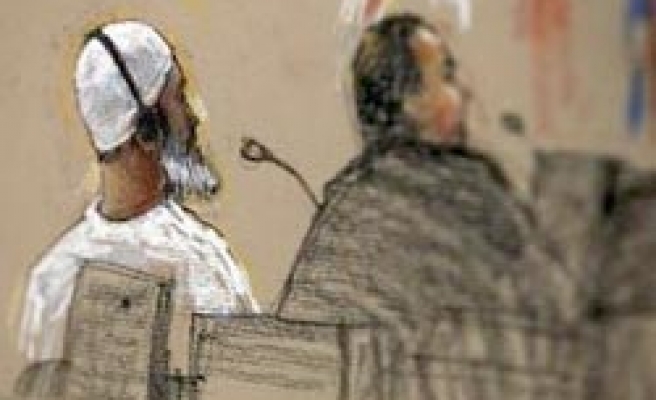 A U.S. military tribunal on Wednesday sentenced Osama bin Laden's former cook to 14 years in prison, but he is expected to serve far less under a secret plea deal.

Qosi, a 50-year-old with a white beard, has been held at Guantanamo for more than eight years.

Military officials said it could be several months before his full plea agreement is made public. But the al-Arabiya television network based in Dubai quoted unidentified sources as saying it caps his sentence at two years.

He is only the fourth Guantanamo detainee to be convicted since the prison, which has held nearly 800 men, was opened in 2002.

Qosi was the first Guantanamo captive convicted under the administration of President Barack Obama, whose efforts to shut down the detention camp have been blocked by Congress.

As part of the plea agreement, al-Qosi signed a statement declaring that he followed Osama bin Laden after his expulsion from Sudan in 1996 and continued working for him in Afghanistan.

Al-Qosi said he learned after they occurred that al-Qaeda was behind the US Embassy bombings in Kenya and Tanzania in 1998 and the September 11 attacks but he was not involved in their planning.

He was arrested in Pakistan after fleeing an al-Qaeda base in Tora Bora, Afghanistan, during the US-led invasion. He was among the first prisoners taken to Guantanamo

His sentencing hit a snag because, according to the judge, the U.S. military ignored orders to develop a plan specifying how prisoners would serve their sentences after conviction in the Guantanamo tribunals.

Prosecutors have pledged to let al-Qosi serve any sentence in a communal-living section of the Guantanamo prison reserved for the most cooperative detainees.

That condition sparked an internal dispute because military policy calls for convicts to be held apart from other inmates.

The judge directed that Qosi remain in Camp Four for 60 days while the military works out where he would serve the rest of his sentence.

The only other convict remaining at Guantanamo is Ali Hamza al Bahlul, a Yemeni who was an al Qaeda videographer, convicted for a life sentence.