BP due to release probe into Gulf of Mexico oil spill

BP is due to release its internal investigation into what caused a rig blast that led to the United States' worst ever oil spill. 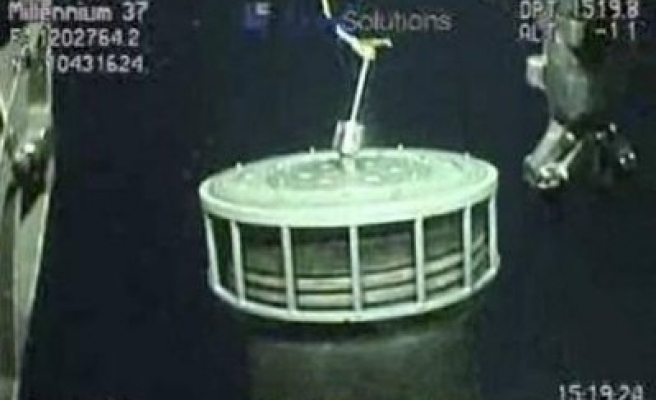 BP is due to release its internal investigation into what caused a rig blast that led to the United States' worst ever oil spill on Wednesday and investors will be looking for clues as to whether BP will be able to fend off accusations of gross negligence.

BP's partner in the blown-out Gulf of Mexico well, Anadarko Petroleum, has accused it of gross negligence.

If this is proven, BP will be liable for 100 percent of the costs of cleaning up the spill, rather than 65 percent it would otherwise pay, the level equal to its ownership of the well.

If gross negligence is proven, BP could also be liable to federal fines of over 20 billion dollars, as opposed to under a quarter of that if this is not proven.

BP has said it believes it was not grossly negligent and previous statements from it and testimony from survivors to official probes suggest representatives of all the companies involved will be criticised on Wednesday.

BP has previously criticised rig operator Transocean and Halliburton, the company which cemented the inside of the well. Investigators believe the cement job probably failed, allowing gas into the well, which subsequently came up onto the rig and caused the blast.

But if the report -- which BP said was compiled by its head of safety, Mark Bly, without influence from senior management produces evidence of gross negligence -- it could spook investors. However analysts do not expect this.

"We believe (the report) could shift the focus of culpability back towards Transocean and in particular the integrity of the Blowout Preventer (BOP) which should have acted as the ultimate fail safe," Keith Morris, oil analyst at Evolution Securities said in a research note.

"If our view is correct then BP's shares could rally this afternoon as expectations of gross negligence litigation is eroded".

Yet, if BP seeks to shift most of the blame onto Transocean, which was responsible for the BOP, it risks being accused of merely seeking to reduce legal liability, rather than unveil the truth.

President Obama previously criticised blame-shifting by the companies, so if BP does dump more blame on others it could further depreciate BP's already low currency in Washington, where it needs to curry favour if it wishes to continue operating in the Gulf of Mexico.

The report will be closely watched to see how far up the BP management chain it finds fault.

If BP only finds low-level employees to blame, it will be accused of a whitewash.

After its Texas City blast in 2005 when 15 workers were killed, BP sacked several hourly workers, blaming them for failing to follow correct procedures.

The official probe by government regulators later blamed more structural problems at BP, most notably a focus on cost saving over safety.

So far many U.S. politicians have already concluded that the rig blast was due to similar cost-cutting efforts by BP. Accusations of bad faith are likely to be enhanced if employees who failed to assist federal regulators are found to have contributed to the BP report.