A 22-year-old man who killed six people before taking his own life in a rampage through a California college town said in a chilling manifesto that police who knocked on his door last month to check on his welfare nearly foiled his plot. 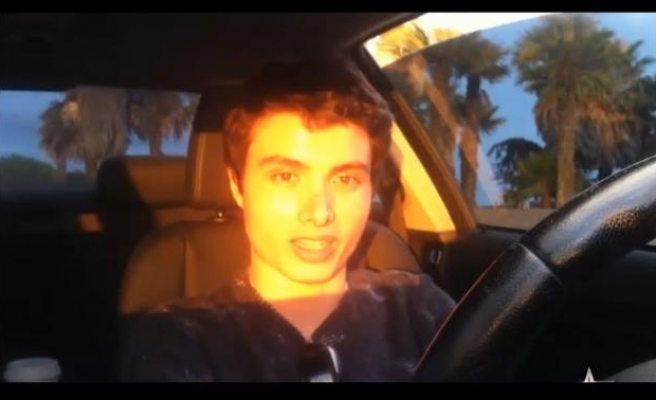 A 22-year-old man who killed six people before taking his own life in a rampage through a California college town said in a chilling manifesto that police who knocked on his door last month to check on his welfare nearly foiled his plot.

Elliot Rodger, the son of a Hollywood director, stabbed three people to death in his apartment before gunning down three more victims on Friday night in the town of Isla Vista near the campus of the University of California at Santa Barbara (UCSB).

Rodger, who posted a threatening video railing against women online shortly before his rampage, stalked Isla Vista in his car and on foot, firing on bystanders in a killing spree that ended when he killed himself after a shootout with sheriff's deputies, police said.

But less than a month before his attacks, after he had planned the killings and obtained the guns he would use, the community college student opened his door to a knock to find about seven officers looking for him.

"I had the striking and devastating fear that someone had somehow discovered what I was planning to do, and reported me for it," Rodger said in a manifesto obtained by California's KEYT-TV, excerpts of which were published by the Los Angeles Times.

"If that was the case, the police would have searched my room, found all of my guns and weapons, along with my writings about what I plan to do with them. I would have been thrown in jail, denied of the chance to exact revenge on my enemies. I can't imagine a hell darker than that. Thankfully, that wasn't the case, but it was so close," he wrote.

He said he learned that videos he posted online had alarmed his mother, and he believed either she or a mental health agency had asked authorities to check up on him.

"The police interrogated me outside for a few minutes, asking me if I had suicidal thoughts. I tactfully told them that it was all a misunderstanding, and they finally left," he said in the manifesto, according to the Times.

"For a few horrible seconds I thought it was all over. When they left, the biggest wave of relief swept over me. It was so scary," he wrote, adding he removed the videos with plans to repost them closer to the date of his planned attack.

In a YouTube video posted shortly before the rampage, a young man believed by police to be Rodger bitterly complained of loneliness and rejection by women and outlined his plan to kill those he believed spurned him.

Santa Barbara County Sheriff Bill Brown has said that Rodger was seen by a variety of healthcare professionals and it was "very, very apparent he was severely mentally disturbed."

Brown said his department had been in contact with Rodger three times prior to the killings, including for a welfare check in which deputies found him to be polite and courteous. He did not appear to meet criteria to be held involuntarily on mental health grounds, and deputies took no further action, Brown said.

"At the time the deputies interacted with him, he was able to convince them that he was OK," Brown told CBS' "Face the Nation" on Sunday.

"When you read his autobiography and the manifesto that he wrote, it's very apparent that he was able to convince many people for many years that he didn't have this deep, underlying, obvious mental illness that ultimately manifested itself in this terrible tragedy," he added.

In a plot laid out in writing, Rodger said he planned to first kill his housemates then lure others to his residence to continue his killings, before slaughtering women in a university sorority and continuing his spree in the streets of Isla Vista. Then, he would commit suicide.

He wrote that he also planned to kill his younger brother, "denying him of the chance to grow up to surpass me", as well as his stepmother, who he said would be in the way - killings he did not carry out.

But he did not think he was mentally prepared to kill his father, Peter Rodger, an assistant director on the 2012 film "The Hunger Games," according to the manifesto.

A lawyer for the family, Alan Shifman, said they offered sympathy to those affected by the tragedy. Shifman declined further comment on Sunday, and family members of Rodger could not immediately be reached.

In suburban Los Angeles, authorities carried out search warrants at the homes of both of Rodger's parents. Neither were home at the time.

On Friday, after stabbing to death three people in his residence, Rodger went to a nearby sorority house and knocked on the door. No one answered, and shortly afterward he shot three women standing outside, killing students Katherine Cooper, 22, and Veronica Weiss, 19, Brown said on Saturday.

At a nearby delicatessen, Rodger shot dead 20-year-old UCSB English major Christopher Michael-Martinez before fleeing in his car. As he drove, he shot at pedestrians, traded fire with police and struck two cyclists before crashing. In addition to those killed, 13 people were wounded, eight of whom were shot.

He told CBS that there was no evidence Rodger had ever been institutionalized or committed for an involuntary hold of any kind, situations that could have prohibited him from legally buying guns.

Christina Habas, a lawyer who represented victims and survivors of a 2012 mass shooting in a Denver-area cinema in lawsuits against Cinemark, said any lawsuits arising from the California shootings would face an uphill battle.

Since the shootings happened in such a public setting, there didn't appear to be any businesses or agencies that could be held responsible for failing to prevent the violence, she said.

Lee Kaplan, a Houston trial lawyer who has handled wrongful death cases, said any potential lawsuit would likely target those responsible for supplying the gunman with weapons and overlooking his violent tendencies.

"Even if they obtained them legally, he shouldn't have had access to weapons," said Kaplan, noting that possible defendants could range from the shooter's family members to dealers who may have provided him the guns.