A third straight year of a devastating drought has dried up significant portions of the state. 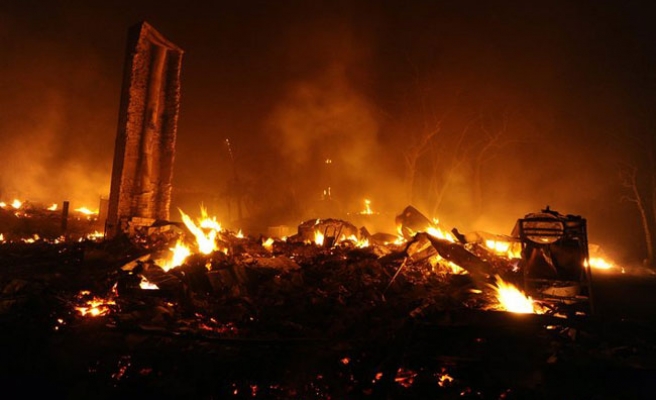 A rapidly growing fire in northern California has already destroyed 100 homes and a church near the Oregon border as firefighters work to beat back the inferno and others like it across the state.

The 350-acre (1.4-sq. km) blaze in the city of Weed has forced more than 1,500 people to seek refuge elsewhere. The 5 freeway, the main interstate between Oregon and California, was closed in the area.

Blowing embers started spot fires as much as a half-a-mile ahead of the fire’s front, according to local media that cited authorities knowledgeable of the matter.

It is just one of nearly a dozen fires raging across the state.

California is undergoing a third straight year of a crushing drought that has dried up significant portions of the state. The resulting dry conditions have made the state particularly vulnerable to wildfires.

A separate fire in the Eldorado National Forest threatens nearly 2,500 structures; more than half of which are homes according to the Los Angeles Times, and has burned more than 12,780 acres (51 sq. km). The King fire is currently only 5 percent contained by the nearly 2,500 firefighters working to stop the inferno.

Still, the state’s largest fire, the Happy Camp Complex fire, is raging across 113,000 acres (457 sq. km), but was 60 percent contained by Tuesday evening, according to authorities.

Despite moderate winds Tuesday, more than 1,000 firefighters were able to retain the fire to existing lines.