Can emojis really be used to make terror threats?

A teenager was arrested for ‘making a terroristic threat’ with a series of emoji-based Facebook status updates. 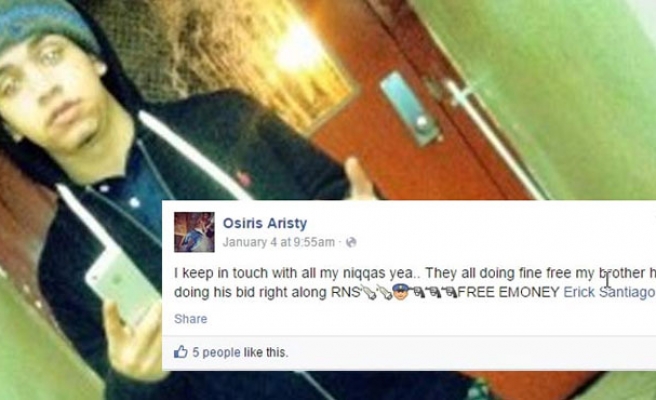 Seventeen year old Osiris Aristy was arrested on Sunday evening after posting a Facebook status using the police officer emoji and the gun emoji. There was no written threat included in the post we found.

This case is especially noteworthy as the basis for Aristy’s alleged “terrorist threat” – which falls under the New York legal statutes on terrorism (introduced after 9/11) – does not include a written or verbal threat. Aristy’s arrest was primarily based on his use of emojis.

Fred Pratt, the attorney for Aristy has spoken out saying his clients posts did not constitute an actual threat towards police, stating that many people use the two emojis together.  A fact that any social media user following police brutality can attest to.

The case of Osiris Aristy started a new debate. Can emojis be construed as a language; one that can potentially fall foul of increasingly stringent anti-terrorist laws around the globe?
The U.S. Supreme Court is currently considering the limits of free speech on Facebook. That case is a little more difficult, involving detailed, graphic accounts of intended violence against a particular individual.
Since emojis are not actually words, one may argue that this is perhaps just artistic expression. Unfortunately the First Amendment has been under attack with extreme force in recent times and not many people seem too concerned.

As far as U.S. case law goes, the Supreme Court has ruled that the First Amendment guarantee of free speech does not protect those who make "true threats." What constitutes a true threat, however, is still a matter of debate: How much does the speaker's intent or ability factor in? What about the victim's perception, or the context in which the threats are delivered? Where exactly does “free speech” end now? Can someone please release a handbook?
Last Mod: 02 Şubat 2015, 16:40
Add Comment