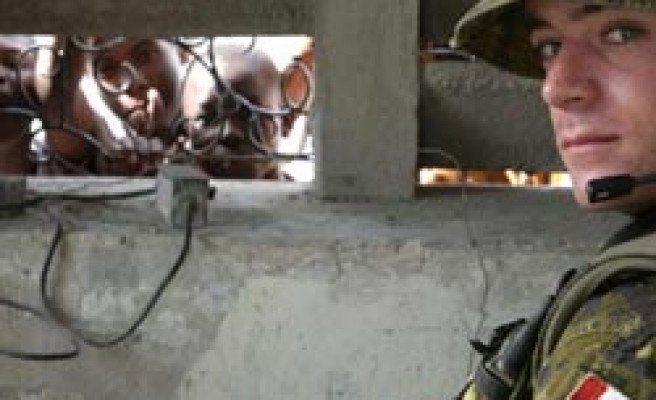 Canada's Defence Department has launched two probes into torture by its soldiers on Afghan prisoners, officials said on Tuesday.

The investigations began after a member of the commando group, Joint Task Force 2, raised serious allegations against another member of the force, as well as against JTF2 in general, a Defence Department spokesman said.

Captain David Scanlon, who declined to give precise details, said the affair could concern Afghan prisoners taken by Canadian troops.

Opposition parties suspect Ottawa knew the detainees were likely to be abused or tortured. If true, this would be a war crime.

"We hold ourselves to a high standard of performance and where there are allegations that Canadian forces members have not met those high standards of conduct, then we act and we investigate and we take that seriously," Scanlon said.

The question of Afghan detainees has been one of the most difficult issues for the minority Conservative government since it took power in early 2006.

This May, the government was almost defeated over a scandal involving the fate of prisoners who were captured by Canadian soldiers and then handed over to Afghan authorities.

Scanlon could not say when the inquiries might be finished.

Since 2007, the Conservative government routinely dismisses the torture charges.

The official opposition Liberal Party -- which has called for a public inquiry into the detainee issue -- said it was worried by the probes.

"This is a really serious matter, and I think it really underscores what we've been saying for some time, that there's more here than meets the eye," senior legislator David McGuinty told reporters.

Canada has around 2,800 soldiers in southern Afghanistan on a combat mission that will end next year. So far 152 have died and polls show the mission is increasingly unpopular.