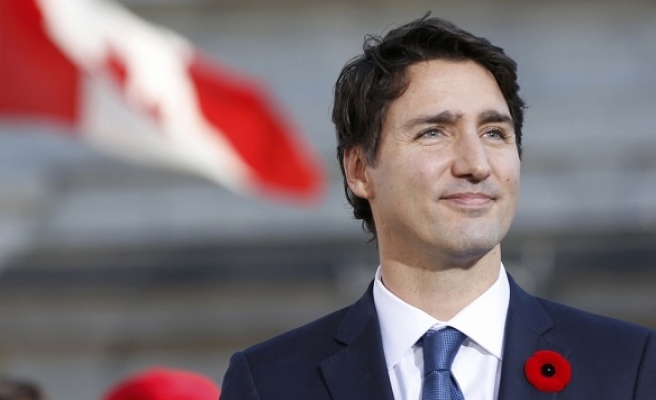 Canada will seek to regain a seat on the UN Security Council in 2021, Prime Minister Justin Trudeau said Wednesday in an announcement at the organization’s headquarters in New York.

Canada has held a seat on the prestigious 15-member council six times but not since 2000.

Terms last two years and the country withdrew a bid in 2010 when it became clear that there was not enough support to regain a spot.

Council members are elected by the UN General Assembly. The withdrawal came under former Prime Minister Stephen Harper and his Conservative Party.

But Trudeau, whose Liberal Party gained power in the 2015 fall election said: "It’s time for Canada to step up once again."

The council decides when and where a UN peacekeeping operation is deployed.

The other 10 seats are filled by countries on a rotating basis from various world regions.

With five of his female Cabinet ministers standing at his side, Trudeau pledged to “revitalize” Canada’s peacekeeping role and to support public institutions that targeted prevention of conflict in favor of peace and security.

“This is the Canada today, this is how we will build the world of tomorrow,” the prime minister said. Normally, a country is limited to the bid for a seat every 10 years and Canada has been at the Security Council table every decade since the body was formed.

Since Canada withdrew its bid in 2010 -- that was after it finished an embarrassing third in voting during the first round -- it is shooting for a return to the council in 2021.

Along with the permanent members, 10 other countries form the council and 60 countries have never held a seat, according to the UN Security Council website.

As of Wednesday, there were three other countries -- Ireland, San Marino and Norway -- running for two available 2021 seats in the West European and others group to which Canada belongs.

Canada also said it would be bidding for election to the UN Commission on the Status of Women.