'Ultimately, conflicts like this need to have their resolutions on the ground,' says PM Trudeau 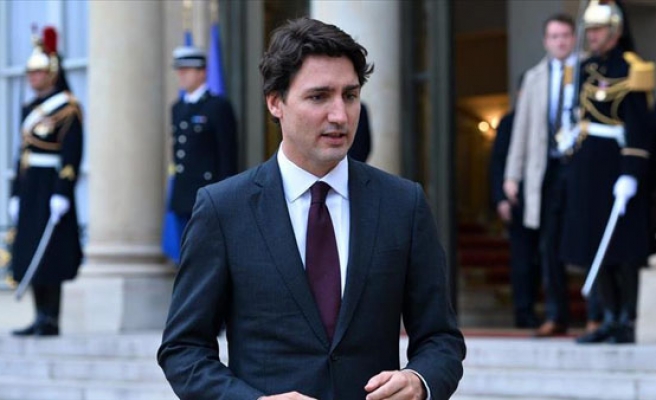 Prime Minister Justin Trudeau reaffirmed Wednesday that Canada will stop participation in allied airstrikes against ISIL, but will instead provide military training.

During a question-and-answer session at the World Economic Forum in Davos, Switzerland, Trudeau said Canada’s CF-18 fighter jets would be grounded “in exchange for another way of military involvement, probably around training and such things that can help local troops bring the battle directly towards terrorists,” Canadian media reported.

Trudeau’s comments were in response to a question about his election campaign promise to end Canada’s role in airstrikes in Syria and Iraq, CTV News reported.

“Countries in the world should look at where their competitive advantages are,” the prime minister said. “We definitely have much more to contribute on helping local militia and troops to be more effective in the direct fight.”

Trudeau said the battle against ISIL would not be won through the air, but by confronting the enemy on land.

“Ultimately, conflicts like this need to have their resolutions on the ground,” he said, noting that Canadian troops have “tremendous expertise” in teaching, training and providing intelligence services to soldiers and troops, as they did in Afghanistan.

The opposition Conservative party has leveled criticism at Trudeau’s Liberal government for signaling a pull out from the airstrike campaign.

A date has not yet been set, but Canada was not invited to a meeting Wednesday of defense ministers of several countries that was convened to discuss tactics for 2016 in the war against ISIL.

Conservative leader Rona Ambrose said the exclusion was proof that “when you are not a full partner, you don’t get invited to the table”.

Canadian Defense Minister Harjit Sajjan said the non-invitation meant nothing because these meetings happen “all the time”.

No Arab countries were invited to the Paris meeting.