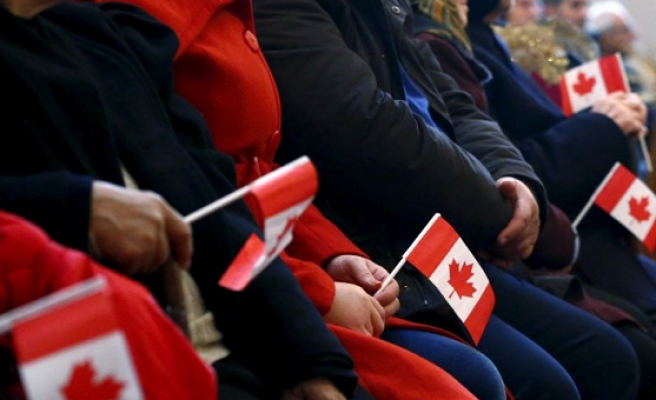 Foreign Affairs Minister Chrystia Freeland said Monday that Canada is worried political and economic turmoil in Venezuela will result in a refugee crisis in South America and she planned to deliver that message in person at the UN.

“I do think … this is a humanitarian crisis as well as a political one,” Freeland said at the Toronto Global Forum conference.

“And I think … there are mounting signs of a regional refugee crisis as well. Colombia and Brazil are facing a lot of pressure. So I think it is an area where Canada needs to be very engaged.”

The sharp drop in global oil prices has hit oil-rich Venezuela hard and its currency devaluation has sparked soaring inflation.

Protests against the government of President Nicolas Maduro have resulted in 125 deaths and thousands of arrests and injuries as millions of Venezuelans are forced to tolerate food shortages.

The repression led Canada to impose sanctions against 40 senior Venezuelan officials in September.

The White House said in a statement the sanctions were “carefully calibrated to deny the Maduro dictatorship a critical source of financing to maintain its illegitimate rule, protect the United States financial system from complicity in Venezuela’s corruption and in the impoverishment of the Venezuelan people and allow for humanitarian assistance”

A week ago, Freeland said further sanctions may be needed to punish the anti-democratic actions of Maduro.

“Other countries should consider doing so as well,” she said at the time.

On Monday, she urged Europe to take such action.

“We’d be delighted to see the EU joining us in applying pressure on the government of Venezuela,” Freeland said.

Freeland said she and Peru’s foreign minister, Ricardo Luna, planned to tell the UN in New York City on Monday of their concern that political and economic turmoil means a humanitarian crisis is looming in Venezuela.

Peru has been highly critical of Venezuela, and Luna said in mid-August that about 40,000 Venezuelans have fled to Peru in the past six months.
Last Mod: 31 Ekim 2017, 10:37
Add Comment