Official figures have shown the Canadian economy has entered recession, with the economy expected to dominate the election debate, with elections on October 19 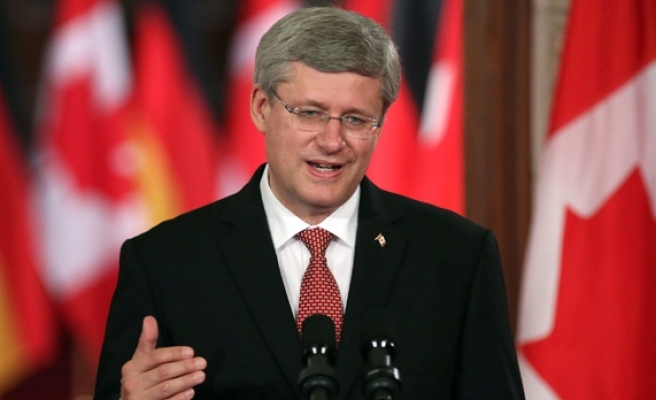 Statistics released Tuesday show Canada is in a recession, and with the three parties neck-and-neck in a federal election race, the opposition was quick go for Prime Minister Stephen Harper’s jugular.

Andrew Thompson, the New Democrat Party candidate in the Toronto area, said Harper, whose Conservative Party has held power for 10 years, has presided over a “lost decade” with job losses, higher debt and a drop in retirement security.

“This is a problem of execution, and a problem of priorities,” he said at a news conference in Ottawa, as reported by the Canadian Broadcasting Corporation (CBC). “Canadians cannot afford Stephen Harper’s failed plan."

With the election set for Oct. 19, it is a close race. According to a poll by Nanos Research released Tuesday, more than half of Canadians have not decided who will get their vote.

The survey, conducted Aug. 2-28, showed only 44 percent of Canadians have made their choice.

It also found that 30.8 percent supported leader Thomas Mulcair’s New Democrat Party, 29.7 percent backed Justin Trudeau’s Liberals while 28.8 percent were in favor of Harper’s governing Conservatives. Since the poll has a margin of error of 3.1 percent, the figures mean that the three parties are virtually tied.

To date, Harper has refused to use the R-word, but Statistics Canada figures released Tuesday show Canada’s economy declined by 0.1 percent overall in the second quarter. The economy also shrank in the first quarter. With the combination of the six months means the economy is technically in a recession, although just barely, the CBC reported.

“With StatsCan making it official that we did have two consecutive quarters of declining GDP, the recession bugs will be chattering,” Bank of Montreal economist Doug Porter told the CBC.

The resource sector once again slid, led by the declining oil prices from the Alberta oil sands, but the public sector, wholesale trade and real estate sales increased, meaning growth could be occurring in the present third quarter.