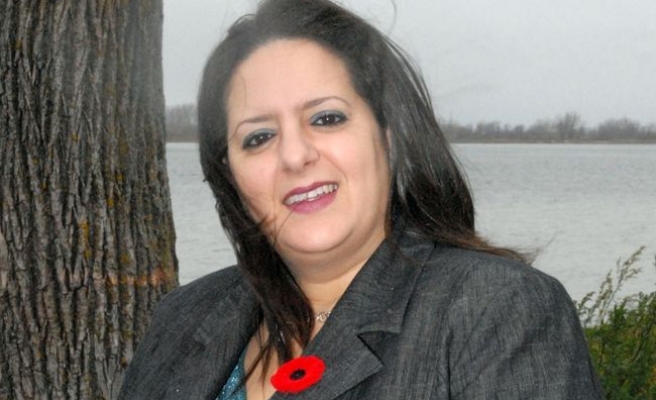 A Canadian lawmaker has spoken out about how criticizing the Israeli attacks on Gaza prompted her to leave her party.

Sana Hassainia, a member of the Canadian House of Commons, left the New Democratic Party over the party’s position on the Israeli-Palestinian conflict last week.

"Self-defense is not only the right of Israel. Palestinians have the right to defend themselves," Hassainia said in an interview with The Anadolu Agency. "It is not justice to just watch this massacre."

She quit the party after more than 2,000 Palestinians, the majority of them civilians, were killed by Israel’s attacks on Gaza over seven weeks.

Hassainia, who is of Tunisian heritage, blamed "pressures within and outside the party" for the shift in the party's position on the Middle East.

"There is unnamed censure among Western countries on criticizing Israel," she said. "If someone stands with Palestine, will face censure and all doors close in that person’s face."

She added: "I am not anti-Semitic and I understand the right of Israelis to protect themselves but I think the same right should be given to Palestinians."

Hassainia said that anyone speaking out for Palestinians would be accused of siding with Hamas, which controls Gaza.

She argued that countries like Canada are in a position of standing "against those who are oppressed."

Last month, the party's leader Thomas Mulcair said: "The firing of rockets by Hamas and the Islamic Jihad is utterly unacceptable. Hamas is a recognized terrorist organization and Israel has the right to defend its citizens from these attacks, while doing its utmost to protect civilians."