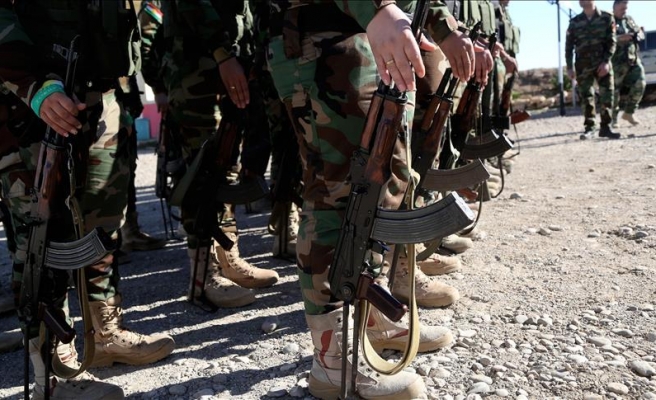 A secret document labeled “For Canadian Eyes Only” prepared by government agency Transport Canada’s intelligence branch and procured by the Canadian Press through freedom of information laws warned that some factions of Kurdish militia groups are named as terrorist under federal law.

Any Canadian claiming to have links to organizations such as PKK is likely to become the subject of Canada’s anti-terror legislation, the document states.

The possibility of prosecuting Canadian troops who are training Kurdish fighters in northern Iraq and Syria emerged after Amnesty International (AI) accused Peshmerga forces of destroying Arab villages in retaliation for supporting ISIL.

AI wants stricter supervision of Canadian military personnel involved in training Kurdish forces or private citizens who volunteer to fight with them.

“Every single course in the Canadian Armed Forces, regardless of what rank level you go up to, always starts with ethics and values and that is the same level and standard we apply when we do our training [of others],” he said.

AI, however, called on the government of Prime Minister Justin Trudeau to enact safeguards to ensure training Kurdish fighters in warfare does not result in human rights breaches.

And the government should investigate if any Kurdish units trained by Canadians are guilty of bulldozing and burning Arab villages, AI urged.

A report from the organization released last week accused the Kurds of razing 13 villages where inhabitants were suspected of collaborating with ISIL.

AI was concerned that private Canadian citizens had joined Kurdish groups such as the PKK, designated as terrorist by the U.S., EU and under Canadian law. Alex Neve of AI Canada said Canadian troops and volunteers should be under stricter supervision and Canadian-trained Kurds should be monitored to be sure they do not commit abuses. “I think the information the government has in front of it makes it clear there are serious concerns,” he said.