Chavez' medical team will set the precise date for the next session after a medical evaluation over the next few hours, the charismatic former soldier told. 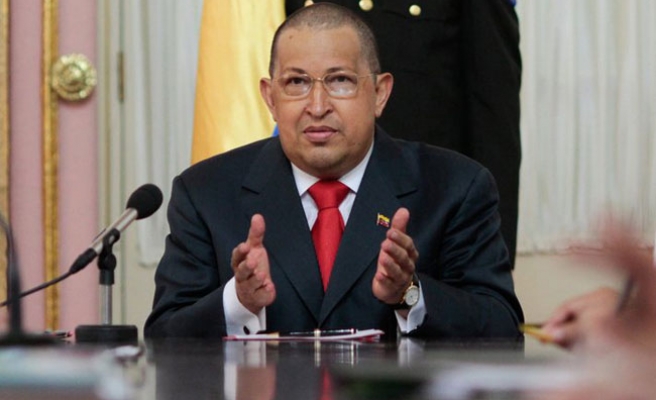 Venezuelan President Hugo Chavez said on Wednesday he will undergo a second round of chemotherapy in the coming days to treat a cancer that has forced him to slow his pace before a 2012 re-election bid.

Chavez' medical team will set the precise date for the next session after a medical evaluation over the next few hours, the charismatic former soldier told state television in an early morning telephone call.

Sounding energetic and jovial, the 57-year-old socialist leader said he was "preparing now for a new stage."

"We're approaching the days of the second dose (of chemotherapy) and there could be a need for a third and a fourth," he said.

Chavez had a large tumor removed in Havana in June and has since been back to the communist-led Caribbean island for treatment and visits with his close friend and mentor, former Cuban leader Fidel Castro.

The illness has raised doubts about his fitness to govern South America's biggest oil exporter, but Chavez has looked stronger and more like his former self in recent appearances.

In remarks that lasted about 90 minutes, he sang and recited poetry but also lashed out at the United States and his domestic political opponents in a reminder that he has no intention of withdrawing from politics.

Critics fear he could use his disease to garner sympathy and support at a time when the opposition sees a good chance of ending his 12-year rule at an election next year.

Indeed, Chavez framed his recovery as a national cause and urged Venezuelans to root for his return. "The battle against Chavez's cancer is everyone's battle," he declared.

The president routinely shares intimate details of his recovery with Venezuelans, describing earlier this week how his hair came out in clumps while in the shower and later appearing on television with his head closely shaved and bald patches.

On Wednesday he said he felt "reborn" by a lifestyle change that includes waking at dawn in the presidential palace to the cries of his rooster "Fidel," a morning exercise routine and a healthy breakfast.

But he has not said what type of cancer he has, denying media reports of colon, rectal or nose cancer and repeating that doctors have found no malignant cells in his body.