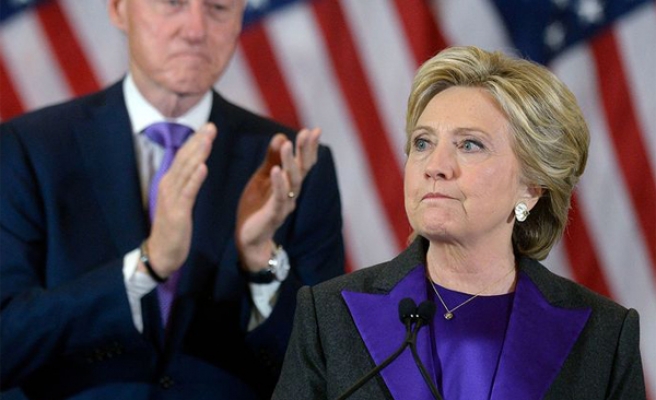 Defeated Democratic presidential hopeful Hillary Clinton said Monday she would challenge the legitimacy of President Donald Trump's 2016 electoral victory if the scope of Russia's alleged interference in the contest is wider than believed.

But speaking on National Public Radio, Clinton acknowledged she was not sure if a viable avenue exists to challenge his victory legally.

"I don't know if there's any legal constitutional way to do that," she said. "I think you can raise questions."

Asked by the host if she would "completely rule out questioning the legitimacy of this election if we learn that the Russian interference in the election is even deeper than we know now," Clinton replied "No. I would not."

Clinton said should she have secured the Oval Office only to be informed by U.S. intelligence agencies of Russia's attempts to influence the election, "I would've never stood for it".

"Even though it might've advantaged me, I would've said, 'We've got to get to the bottom of this,' she said. "I would've set up an independent commission with subpoena power and everything else."

Clinton overwhelmingly won the popular vote by 3 million ballots but lost the critical Electoral College, which she said should be eliminated.

Trump has fumed about Attorney General Jeff Sessions' decision to recuse himself from the FBI's probe of alleged Russian interference in last year's presidential race and the Trump campaign's potential collusion.

He blames the decision on the appointment of a special counsel to lead the investigation, and laid into his top law enforcement official in a visceral Oval Office diatribe that culminated in Trump's call for his resignation, according to the New York Times.

Sessions later told associates the encounter was the most embarrassing of his time in public office, the newspaper reported.