The Washington meeting appeared designed to send a signal to Assad as his forces unleash increasingly violent reprisals against demonstrators, including a two-day tank assault on the city of Hama which has killed at least 85 civilians since Sunday. 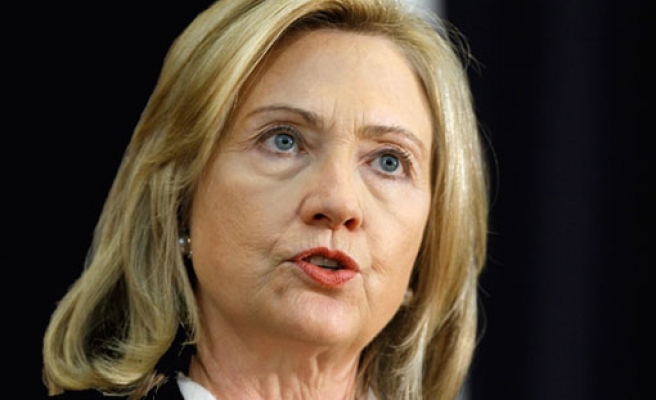 U.S. officials said the meeting would be Clinton's first with a group of Syrian activists since peaceful anti-government protests began in March. They declined to give any further details, citing the sensitivity of the situation.

"Today, as the campaign of violence continues, President Assad is further ensuring that he and his regime will be left in the past, and that the Syrian people themselves will be the ones to determine its future," Clinton said in a statement.

"President Assad has lost his legitimacy with the Syrian people. Syria will be a better place when a democratic transition goes forward."

The Washington meeting appeared designed to send a signal to Assad as his forces unleash increasingly violent reprisals against demonstrators, including a two-day tank assault on the city of Hama which has killed at least 85 civilians since Sunday.

U.S. President Barack Obama on Sunday said he was appalled by the Syrian government's violence against its own people and promised to work with allies to isolate Assad, who has shrugged off demands for political reform.

One factor complicating Syria's crisis has been the fractured nature of the nascent Syrian opposition, much of which has been in exile after four decades of autocratic rule by the Assad family.

But opposition groups last month met in Istanbul and formed a "national salvation council" composed of Islamists, liberals and independents hoping to chart a political course for the country independent of Assad.

Obama met with Ford in Washington on Monday," the White House said in a statement.

Toner said that a U.N. Security Council meeting on Monday could help to coordinate the next steps on Syria, although the badly divided 15-member group has yet to take unified action.

"We think its important that they send a strong and unified message to Assad and his regime," Toner said on Monday.

"As Syria carries out more of these kinds of actions, the international community is increasingly going to come together and speak in one voice."