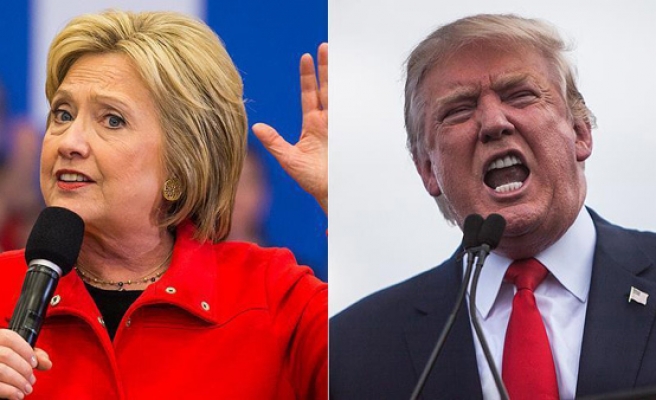 As Trump celebrated his steadily growing victory, calling it a "great" and "amazing" evening, Rubio’s supporters booed Trump as the senator announced he was bowing out.

The beaten senator, in his hometown, admitted that this year he "will not be on the winning side" as it was "not God's plan" that he would become the next president.

Continuing his path to the GOP nomination, Trump also won Illinois and North Carolina on Tuesday night, while Ohio Governor John Kasich won his own state, leaving Texas Sen. Tez Cruz the loser of the day – for now.

As counting in the Missouri primary continues for the Republicans, CNN projected a tight race between Trump and Cruz.

After Rubio's decision to quit, only three candidates remain presidential hopefuls. While Kasich has so far only won one state, the number of states in Trump’s column rose to 18 with Tuesday's results. Cruz, in contrast, has won 7 states.

The results of Tuesday's primaries push the number of Trump's delegates to 621. Cruz has 395 delegates, followed by Kasich with 138.

To win the GOP nomination for this November’s presidential election, 1,237 delegates are needed. Any number less than that could still win the nomination, but only after a messy process known as a contested contention.

Meanwhile, the Democrats’ primaries in the same states produced a major victory for former U.S. Secretary of State Hillary Clinton, who won Florida, North Carolina, Ohio, and Illinois – four out of five states.

For the fifth state, Missouri, the results are not yet known, but Clinton and Vermont Sen. Bernie Sanders were running neck-and-neck, according to CNN.

"We are moving closer to securing the Democratic Party nomination and winning this election in November," she said in her victory speech in Florida.

The Democrats’ super delegates are party leaders, including all Democratic members of the Congress and sitting Democratic governors, who are free to support any candidate.

A Democratic candidate needs to win 2,383 delegates in order to become the presidential hopeful.

Primaries for both parties will continue through July.

In mid-July, the Republican Party will announce its presidential candidate at its Cleveland convention, while the Democrats will announce theirs in Philadelphia.