Powell challenges the account in the book in which Cheney suggests that the Secretary of State was pushed out at the end of Bush's first term in office. 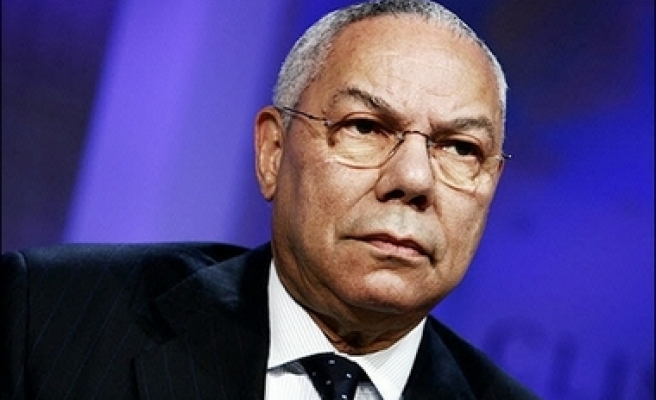 Powell, whose disagreements with Cheney on issues such as Iraq have been well known for years, said President George W. Bush's national security team did not function smoothly and that he had advised Bush to try to resolve the problem.

"We had different views," Powell told CBS's "Face the Nation," adding that the views could not be reconciled.

In the CBS interview, Powell was asked about passages in Cheney's book, "In My Time," that are critical of Bush administration officials, including Powell and his successor, Condoleezza Rice.

"They are cheap shots," Powell said.

He also dismissed Cheney's prediction that the book would cause heads to explode all over Washington.

"My head isn't exploding, I haven't noticed any other heads exploding in Washington, D.C.," Powell said.

Powell challenges the account in the book in which Cheney suggests that the Secretary of State was pushed out at the end of Bush's first term in office.

"(Cheney) takes great credit for my resignation in 2004. Well, President Bush and I had always agreed that I would leave at the end of 2004," Powell said. "I always intended to just serve one term."

He also disputed Cheney's suggestion that Powell had a tendency withhold his views from Bush and instead aired them outside the administration.

"The president knows that I told him what I thought about every issue of the day," Powell said.

Cheney's book is due out this week but copies of it have already leaked to the media.

According to accounts in the New York Times and Washington Post, Cheney described an incident in which Rice "tearfully" admitted to the vice president that he had been right in objecting to a public apology from the Bush administration for its allegations about Iraq's pursuit of weapons of mass destruction.

No weapons of mass destruction were found in Iraq after the 2003 U.S.-led invasion.

The administration apologized for a claim in Bush's State of the Union address in which he said former Iraqi President Saddam Hussein had sought uranium.

Powell accused Cheney of using a "condescending" tone toward Rice in the book.