Colorado woman gets 4 years for plotting to aid militants

Shannon Maureen Conley had planned to join ISIL after she met a Tunisian man online. 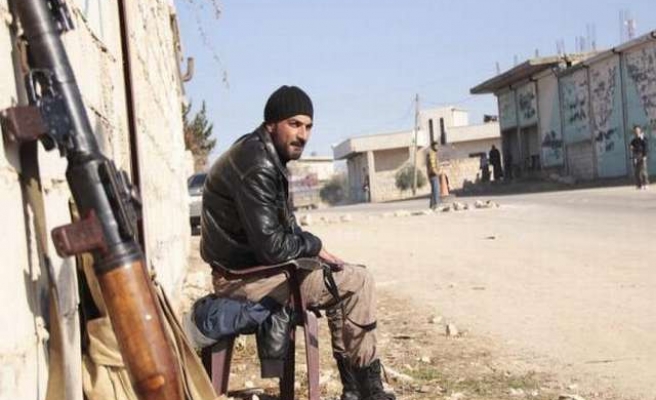 A 19-year-old Colorado woman and Muslim convert who admitted that she planned to travel overseas to join  militants was sentenced on Friday to four years in federal prison as she renounced the violence of radical Islam.

Shannon Maureen Conley has been held without bond since federal agents arrested her in April at DenverInternational Airport as she prepared to board a plane bound for Germany.

In September, Conley pleaded guilty in Denver federal court to one count of conspiracy to provide material support to ISIL, designated by the U.S. government as a foreign terrorist organization.

ISIL is a Sunni Muslim militant group that has seized large swaths of Iraq and Syria and has beheaded several Western captives. In recent online videos, the group has threatened to kill two Japanese nationals unless paid a $200 million ransom.

Conley, dressed in striped prison garb and wearing a traditional Muslim head scarf, read a prepared statement in court before she was sentenced, pausing at one point to compose herself as she became emotional.

In her statement, she expressed gratitude to the FBI for "potentially saving my life" by intervening to arrest her and said she rejected the violent ideology espoused by Islamic extremism.

"I believe in true Islam, where peace is encouraged," she said, her voice cracking.

Conley, from suburban Denver, struck up an online relationship last year with a Tunisian man, identified as Yousr Mouelhi, who said he was a member of the insurgent group, according to an FBI arrest warrant affidavit.

"During their communications, Conley and Mouelhi shared their view of Islam as requiring participation in violent jihad," according to the plea agreement reached with federal prosecutors.

Conley, a certified nurse's aid, went to a U.S. Army Explorers camp in Texas, and had firearms and first-aidtraining in preparation for waging war against those she considered infidels, court papers showed.

Federal agents met with Conley several times in an attempt to dissuade her from joining the militant group. But Conley told them she planned to marry Mouelhi and join the fighters to "correct the wrongs against the Muslim world," even though she knew it was illegal, the FBI affidavit said.

Conley had faced up to five years in prison, but prosecutors agreed not to seek the maximum penalty because of her guilty plea and cooperation with investigations.