Condoleezza Rice pulls out of Rutgers speech after protests

Rice pulled out of delivering the commencement speech at Rutgers University in New Jersey following a months-long protest by students and faculty over her role in the Iraq war. 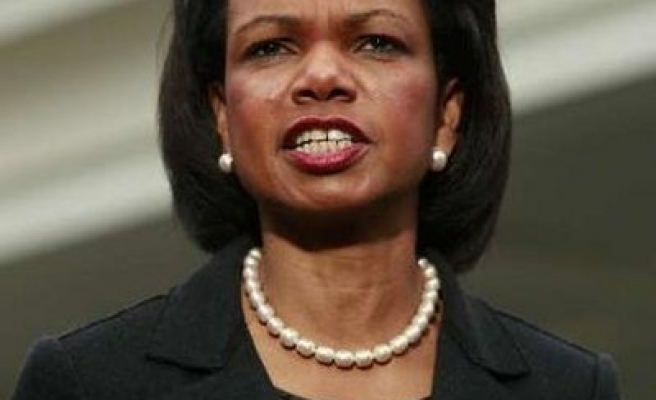 Former U.S. Secretary of State Condoleezza Rice pulled out of delivering the commencement speech at Rutgers University in New Jersey on Saturday, following a months-long protest by students and faculty over her role in the Iraq war.

Rice was the face of foreign policy under President George W. Bush, a Republican, serving as national security advisor from 2001 to 2005, and later as secretary of state. She was a leading hawk in the run-up to the 2003 Iraq war.

In her statement, Rice said her role in the festivities had become a "distraction".

"I understand and embrace the purpose of the commencement ceremony and I am simply unwilling to detract from it in any way," she said.

Rutgers President Robert Barchi's selection of Rice in February was met with protests by staff and students.

A group of faculty members passed a resolution in February calling on the university to rescind its invitation, saying Rice had played "a prominent role in the administration's effort to mislead the American people about the presence of weapons of mass destruction" in Iraq.

In April, students staged a sit-in at an administrative building, holding signs that accused Rice and other Bush administration officials of war crimes.

Bush's administration cited its belief that Iraqi dictator Saddam Hussein's government held weapons of mass destruction to justify the decision to go to war. U.S. and allied forces later found that such stockpiles did not exist.

Supporters of the war argued that intelligence available at the time concluded Iraq held the banned weapons and noted that even some countries that opposed the invasion agreed with the assessment.

In the statement, Rice said she was "honored to have served my country. I have defended America's belief in free speech and the exchange of ideas."

Rice was due to speak on May 18 at the Rutgers football stadium in Piscataway, New Jersey. The school did not immediately announce a replacement.