Fernando Gonzalez, 50, had served more than 15 years for spying on Cuban-American exile groups in Miami and is one of the "Cuban Five" whose detentions have complicated the already tense relations between the United States and Cuba. 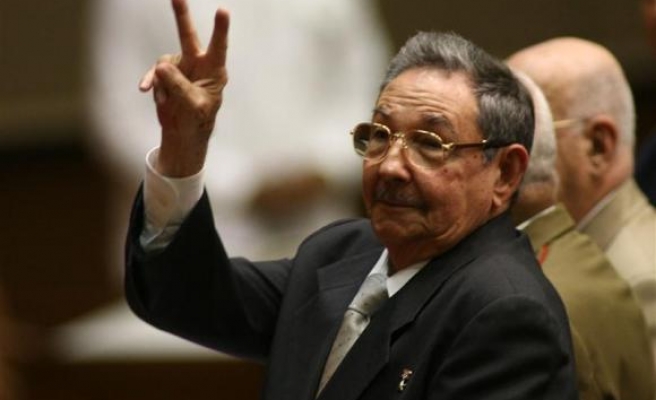 Cuban President Raul Castro and top leaders of the Cuban government and Communist Party greeted a Cuban intelligence agent with a hero's welcome upon his return to Havana on Friday, a day after his release from a U.S. prison.

Fernando Gonzalez, 50, had served more than 15 years for spying on Cuban-American exile groups in Miami and is one of the "Cuban Five" whose detentions have complicated the already tense relations between the United States and Cuba.

The United States deported him on Friday, and he told reporters he was still in handcuffs until the plane touched down at the Havana airport.

Three of the original five remain in prison in the United States, and all are treated as heroes in Cuba, where their cases are considered emblematic of U.S. hostility toward its neighbor 90 miles (150 km) away.

Cuba has suggested it would like to swap its agents for U.S. contractor Alan Gross, an American sentenced to 15 years in Cuba for setting up an illegal communications network. So far the United States has refused to make such a trade.

Cuban state television showed Castro, dressed in his trademark military fatigues, embracing Gonzalez inside the Havana airport. Other top military, party and government officials also hugged Gonzalez, looking very much like pictures taken of him before his arrest with a mustache and short hair.

"I feel an immense happiness and at the same time something is missing, and it will remain that way until Ramon (Labanino), Gerardo (Hernandez) and Tony (Guerrero) are here in this same place," Gonzalez told Cuban journalists at the airport, referring to the three other agents still in U.S. prison.

"I didn't experience the sensation of freedom upon leaving prison. I felt it when I stepped down off the plane, because I was handcuffed in the plane until the last minute and they took the handcuffs off me when the plane touched ground," Gonzalez said.

The U.S Federal Bureau of Investigation (FBI) arrested all five in 1998. All were convicted in 2001 of 26 counts of spying on behalf of the government of Fidel Castro, who has since ceded power to his brother Raul.

Gonzalez received a 19-year sentence, which was reduced on appeal in 2008 for good behavior. The U.S. Bureau of Prisons on Thursday turned him over to immigration officials for deportation, U.S. officials said.

The group, called La Red Avispa or the Wasp Network, infiltrated Miami-based activist group Brothers to the Rescue and attempted to spy on U.S. military installations, relaying coded messages back to Havana, albeit with little success.

Another agent, Rene Gonzalez, was released in 2011 and returned to Cuba after serving more than 13 years.

One of the three remaining agents, Hernandez, is serving a double life sentence for his involvement in shooting down two small Brothers to the Rescue planes off the Cuba coast in 1996.

Guerrero is due for release in September 2017 and Labanino is due to be released in October 2024.

The agents' case exacerbated already hostile U.S.-Cuba relations and gained greater attention after the arrest of Gross in 2009. Gross was sentenced to 15 years for what Cuba said was his role in a U.S. government effort to set up an underground Internet network on the Caribbean island.