'Just like we drop bombs, we are dropping cyber bombs,' US Secretary of Defense Carter says 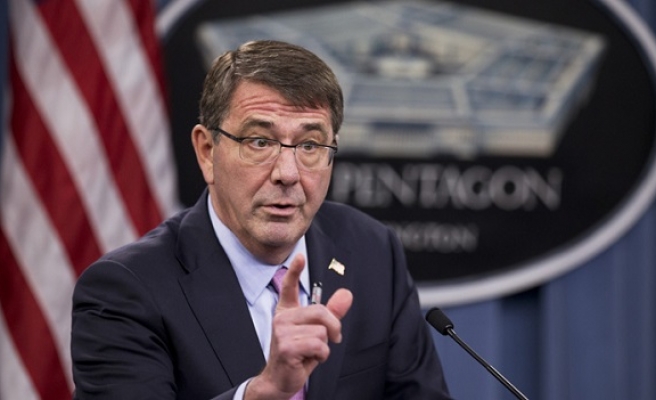 In an interview to National Public Radio, U.S. Secretary of Defense Ash Carter described using cyber tools as a "really major new departure" for the coalition to ultimately degrade and destroy isil.

"Just like we drop bombs, we are dropping cyber bombs," he said.

"I'm talking about attacking the ability of someone sitting in Raqqa to command and control ISIL forces outside of Raqqa or to talk to Mosul or even to talk to somebody in Paris or to the U.S.," he added.

The announcement comes after Carter said it was time to accelerate the fight against isil last month in an article in Politico magazine.

"To eliminate the parent tumor in Iraq and Syria, we are enabling local, motivated forces with critical support from a global coalition wielding a suite of capabilities—ranging from airstrikes, special forces, cyber tools, intelligence, equipment, mobility and logistics, training, advice and assistance," he had said.

Over the recent U.S.-Russia “cessation of hostilities” agreement over Syria, Carter said it was a success in order to help humanitarian aid to go into the war-torn country but it did not "put an end to the Syrian civil war". He added that the top priority of the U.S. was still to defeat isil.

Describing the Russian effect to the situation as "very negative," Carter said the Russian approach has been "completely wrong headed".

"They said they were coming in to defeat ISIL [isil]," he said. "That’s not what they are doing. Instead they came in and joined the civil war on the side of Assad, further fueling the civil war."

He said the Russians agreed to be part of cessation of hostilities as "they have more influence on the (Syrian President) Bashar Assad than anybody else".

"If they [Russia] are willing to use their leverage against Assad to achieve that end, that's very welcome," he said.