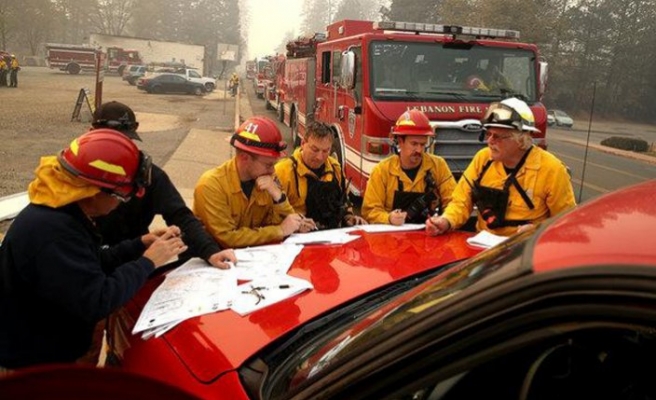 At least 44 people have been killed in two wildfires burning across the state of California, leaving behind trails of destruction and scorching the homes of thousands.

"This the deadliest fire in the wild land fire history of the United States," he said.

The Woolsey Fire in southern California added to the state's death toll, killing two as it tore through the affluent neighborhoods of Malibu. The fire has burned more than 85,000 acres, and along with the nearby Hill Fire it has prompted the evacuation of reportedly 250,000 residents.

The White House issued an emergency declaration for the state, saying the Department of Homeland Security and the Federal Emergency Management Agency (FEMA) will coordinate all disaster relief efforts.

However, California Governor Jerry Brown requested a major disaster declaration from U.S. President Donald Trump, calling for the federal government to allocate more funds to the state for disaster relief as well as the rebuilding process.

"This is not the new normal, this is the new abnormal," Brown said at a news conference. "And unfortunately, the best science is telling us that dryness, warmth, drought, all those things, they’re going to intensify."

The remarks were in response to Trump, who tweeted the fires were being grossly mismanaged by California.

"There is no reason for these massive, deadly and costly forest fires in California except that forest management is so poor. Billions of dollars are given each year, with so many lives lost, all because of gross mismanagement of the forests. Remedy now, or no more Fed payments!" Trump said.

Red Flag Warnings, the highest level fire alert, were issued by the California Department of Forestry and Fire Protection (Cal Fire) across the entire state stretching from the northern border with Oregon and the southern border with Mexico.

The fire season in California usually runs from mid-summer and lasts until around the middle of October, however experts now say they may now be expected year round.