The death toll rose to four on Friday in the fiery gas line explosion that tore through a neighborhood of a San Francisco suburb and razed 38 homes, officials said. 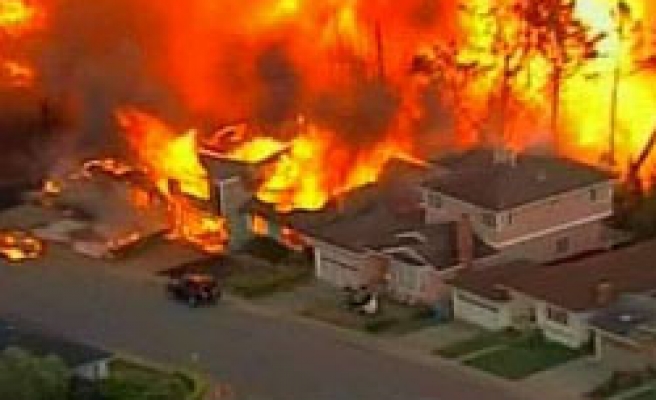 The death toll rose to four on Friday in the fiery gas line explosion that tore through a neighborhood of a San Francisco suburb and razed 38 homes, officials said.

Twelve hours after the thunderous blast and ensuing fireball in San Bruno, firefighters doused the final flames in the densely packed rows of homes located a few miles (kilometers) from the San Francisco International Airport.

Lieutenant Governor Abel Maldonado, standing in for Governor Arnold Schwarzenegger while on a trade mission in Asia, said four were killed and 52 were "patients," including three critical burn victims and four firefighters.

"This is a horrific tragedy," said Maldonado.

At day break with 75 percent of the fire contained, crews faced the grim task of sifting through the charred homes in search of more victims.

"You heard the numbers, but unfortunately the numbers will get higher," said San Bruno Mayor Jim Ruane.

The cause of the explosion is not yet known, but the National Transportation Safety Board said it has begun its investigation.

"The company will take all necessary steps to resolve any PG&E-related issues identified through the investigation process, and will take all appropriate steps to assist those affected," PG&E said in a statement early on Friday.

San Bruno residents said the blast was so strong that they first thought it was an earthquake or an airplane crash. It left a large crater.

Maldonado declared a state of emergency late on Thursday to accelerate assistance to the city and victims.