Death toll up to 13 in US Navy Yard shooting 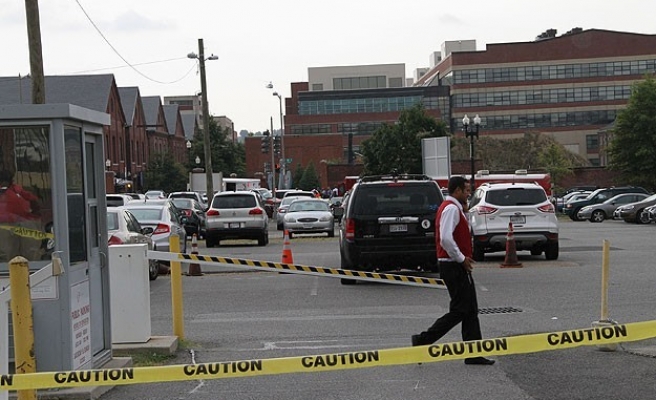 "Mass shooting" in Washington Navy Yard has claimed the lives of 13 people, US officials say.

Washington D.C. Mayor Vincent Gray said on Tuesday that 13 people including the assailant had lost their lives at the Washington Navy Yard shooting.

Gray, Deputy Director of the FBI's Washington region Valerie Parlave and D.C. Police Chief Cathy Lanier held a press conference on the attack and Gray said Aaron Alexis was the sole person responsible for the attack as no indication of the presence of a second person had been found so far.

The FBI (Federal Bureau of Investigation) declared it has ascertained the assailant with his identity card and fingerprints. Witnesses described the assailant as an African-American in his fifties.

12 victims aged between 46-73 as well as the assailant were killed while a total of 8 others were injured in the attack, said the mayor.

Security officials took intensive precautions in Washington after the attack.

Meanwhile, US President Barack Obama said that the shooting targeted military and civilian personnel. "We send our thoughts and prayers to all at the Navy Yard who’ve been touched by this tragedy.  We thank them for their service.  We stand with the families of those who’ve been harmed," said a statement released by the White House.

The President called FBI Director James Comey to express his gratitude for the quick response of FBI personnel to the tragic Washington Navy Yard shooting, said another official statement.