Decades to justice for Florida man on death row

Paul Hildwin has spent 28 years fighting for his life, waiting between cancer treatments for the state to acknowledge decade-old DNA evidence supporting his claims of innocence. 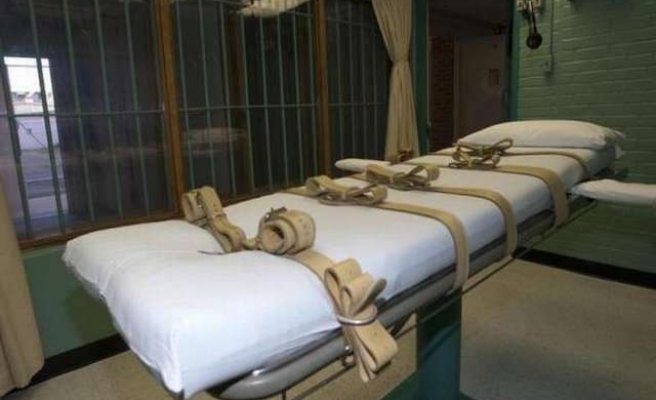 From his cell on Florida's death row, Paul Hildwin has spent 28 years fighting for his life, waiting between cancer treatments for the state to acknowledge decade-old DNA evidence supporting his claims of innocence.

More than two weeks after the Florida Supreme Court threw out his death sentence for a 1985 murder, Hildwin remains in a cell measuring 6 by 9 feet (1.8 by 2.7 metres), one of 395 inmates on the nation's second-largest death row.

In Florida, two dozen death row inmates have been found innocent, the most in any state. But as Hildwin's fight shows, a court backlog can delay justice even when strong DNA evidence exists.

"Hildwin really is a report card that there is a serious problem in the system that took this long," said Martin McClain, his attorney. "They were hoping he would die, and it would go away."

McClain visited with Hildwin on Monday at a state prison in Raiford, in northern Florida, where he is waiting to be transferred to a local jail. Florida Attorney General Pam Bondi's office said last week it would not challenge the 5-2 state Supreme Court decision ordering a new trial for Hildwin.

Prosecutors say it may take several months to decide whether to retry the case, or drop the charges.

"We are literally back to square one," said Ric Ridgway, chief assistant state attorney for Florida's Fifth Judicial Circuit Court.

Now 54, with his blood cancer in remission, Hildwin was the second death row case in a month overturned by the Florida Supreme Court.

Experts blame the backlog in addressing such appeals on the size of Florida's death row and limited resources. The state, one of a very few where juries can recommend a death sentence without a unanimous vote, adds more new death sentences each year than almost any other.

"If you are innocent, delay is bad and justice is not being served," said Richard Dieter, executive director of the Death Penalty Information Center in Washington.

'JUST KEEPS BEING OUT OF REACH'

Hildwin was arrested after forging a check from Vronzettie Cox, a 42-year-old woman found strangled in the trunk of her car hidden in the woods in west-central Florida.

Hildwin said he hitched a ride with Cox and her boyfriend several days before the body was found, but said he left them by the roadside after the two got into an argument.

He was convicted after prosecutors linked Hildwin to a pair of semen-stained underpants in her car. Using available science, prosecutors argued it could not have come from boyfriend William Haverty, the person the defense said should have been the suspect.

A 2003 DNA test proved Hildwin was not the source. But the state opposed running the evidence through a DNA database to search for another match on procedural grounds, arguing the evidence was not eligible.

In 2011, the results matched the DNA to Haverty, who is finishing a 20-year sentence for child sex abuse. Hildwin thought his ordeal was done, his attorneys said.

Two and a half years later, he is still nervous after nearly three decades spent largely in isolation, imagining the night sky.

"It just keeps seeming to get closer, but it just keeps being out of reach," said McClain.