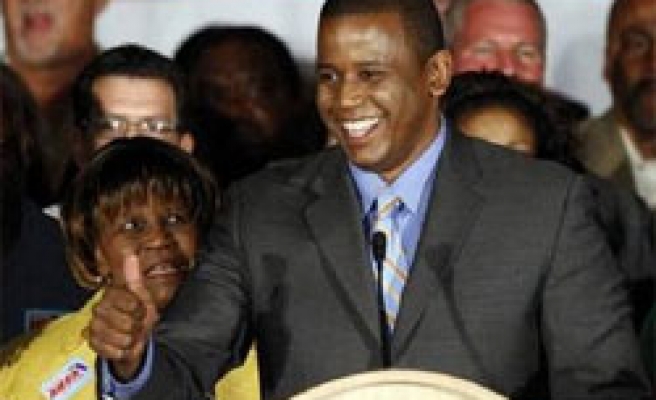 In Arizona, John McCain was headed for a commanding victory over conservative challenger J.D. Hayworth after a bitter battle for the party's nomination to run for Senate, as early returns showed he had a nearly 30-point lead.

With more than half the votes counted, McCain,a Senate veteran who ran for president against Barack Obama in 2008, led with 59 to 30 percent for former Congressman and talk-show host Hayworth.

With more than 95 percent of precincts reporting in the battleground state, party stalwart Meek won the Democratic Senate primary with 57 percent of the votes against 31 percent for Greene, a political outsider.

Rubio, a favorite of the conservative Tea Party movement, easily won the Republican Senate primary on Tuesday against two virtually unknown contenders. Crist broke with the Republican Party to launch an independent bid for the Senate earlier this year.

Florida is one of a dozen toss-up Senate contests across the United States that could decide the balance of power in November's U.S. congressional elections and the fate of President Barack Obama's legislative agenda.

In the Republican gubernatorial primary, Scott declared victory after edging out former U.S. congressman McCollum by 46 percent to 43 percent. He will now face Florida's chief financial officer, Alex Sink, who easily won the Democratic primary for governor, in the race to succeed Crist.