Senate Democrats blocked legislation that would have temporarily kept the Obama government from admitting thousands of Syrian and Iraqi refugees to the U.S. 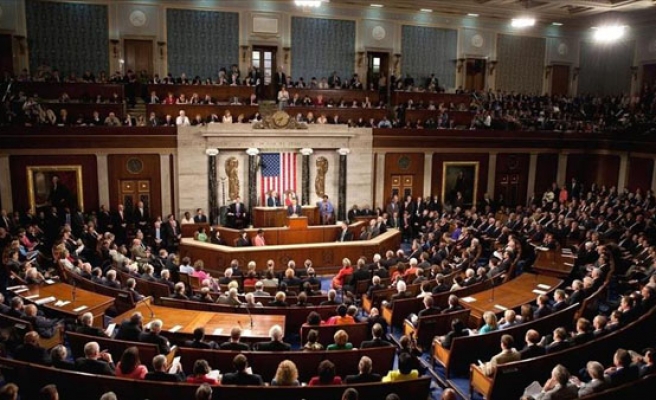 The Senate on Wednesday blocked a bill that would place restrictions on Syrian and Iraqi refugees entering the U.S.

The Senate 55-43 vote fell five short of the 60 votes needed to send the bill to the White House with a veto-proof shield.

The House of Representatives has previously passed the bill that requires the FBI, Department of Homeland Security and Director of National Intelligence to all certify that each refugee from Syria or Iraq does not pose a security threat to the U.S.

The FBI would also have to conduct background checks on any refugee who spent time in Iraq or Syria after March 1, 2011.

The legislation was crafted in the wake of terror attacks in Paris where 139 victims were killed in a series of bombings and shootings in November.

The White House threatened to veto the bill when it passed the House.

"Republican leaders ... have pledged loyalty to Donald Trump and his disgraceful policies if he's the nominee," said the Senate minority leader.

"Republicans who support these illogical plans should be prepared for the next logical step, voting on Donald Trump’s vision for America."

Trump called for a ban on all Muslims from entering the U.S. after a married couple fatally shot 14 victims in December in California.

The Obama administration plans to admit to the U.S. 10,000 Syrian refugees in 2016. Almost half of the Syrian population -- nearly 11 million -- has been displaced since the Syrian civil war broke out in 2011.

Approximately 4 million Syrian refugees are now outside of the country while those remaining are internally displaced.

According to the U.N. more than 250,000 people have been killed in the civil war.