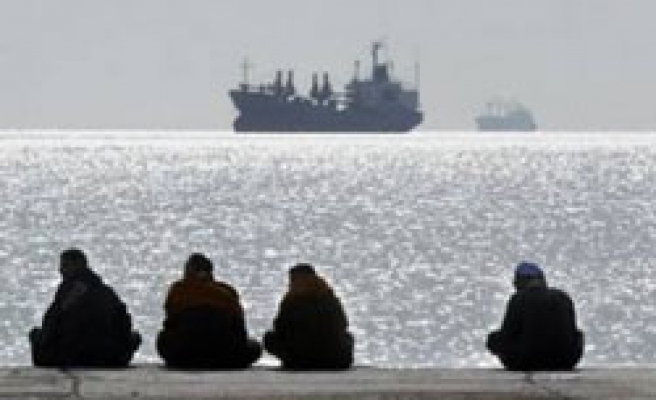 A tanker near Texas loaded with $100 million of disputed Iraqi Kurdish crude has disappeared from satellite tracking, the latest development in a high stakes game of cat-and-mouse between Baghdad and the Kurds.

The AIS ship tracking system used by the U.S. Coast Guard and Reuters on Thursday showed no known position for the United Kalavrvta, which was carrying 1 million barrels of crude and 95 percent full when it went dark.

Several other tankers carrying disputed crude from Iran or Iraqi Kurdistan have unloaded cargoes after switching off their transponders, which makes their movements hard to track.

And in late July, the tanker United Emblem offloaded part of its cargo of Kurdish crude onto another ship in the South China Sea.

Baghdad, which says it has the exclusive right to export the crude, has filed a lawsuit in a U.S. court to reclaim control of the United Kalavrvta cargo and block the Kurdistan Regional Government from delivering it.

The suit shows Baghdad is stepping up a legal and diplomatic push to stop Kurdistan from exporting crude, which the Kurds say is crucial to their own dreams of independence.

The court on Monday threw out an order issued to seize the cargo, saying it lacked jurisdiction because the tanker was some 60 miles offshore.

The judge has invited Iraq to re-plead its case over the rightful ownership of the cargo. Baghdad could file claims against anyone taking delivery of the oil.

A Coast Guard official said the vessel in the Gulf of Mexico might have turned off its beacon, sailed beyond antennas that monitor transponders, or perhaps some antennas might have been taken out of service.

However, dozens of vessels were visible on Thursday in the Galveston Offshore Lightering Area, where the Kurdish tanker was last seen.