The sudden movement by the vessel comes after it apparently turned off its transponder and went dark on satellite systems for days before reappearing on Monday. 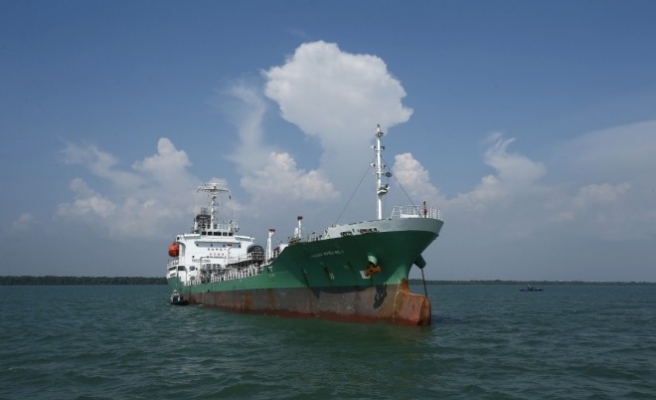 An oil tanker off the coast of Texas loaded with $100 million of disputed Iraqi Kurdish crude has pulled its anchor from the water and set sail for the first time since entering the Gulf of Mexico in July, satellite tracking showed on Wednesday.

As a tussle over the cargo between Baghdad and the Kurds enters its third month, the United Kalavrvta tanker changed its status to "underway using engine" from "at anchor" and was heading east at a slow pace of 1.2 knots, data used by the U.S. Coast Guard and Reuters showed.

The vessel, which is 95 percent full and carrying 1 million barrels of crude oil, was still in the Galveston Offshore Lightering Area, a spot 60 miles offshore where big ships too large to enter ports near Houston transfer their cargo to smaller ships for delivery on U.S. soil.

The Coast Guard said it had no new information on the plans of the vessel, which still lists Galveston as its destination.

The sudden movement by the vessel comes after it apparently turned off its transponder and went dark on satellite systems for days before reappearing on Monday.

Switching off transponders, which makes it tough to track a vessel's movements, is a tactic that has been used by other tankers carrying disputed crude from Iran or Iraqi Kurdistan.

And in late July, the tanker United Emblem offloaded part of its cargo of Kurdish crude onto another ship in the South China Sea.

Baghdad, which says it has the sole right to export the crude under the Iraqi constitution, has filed a lawsuit in a U.S. federal court to reclaim control of the United Kalavrvta cargo and block the Kurdistan Regional Government from delivering it to the United States.

The filing was part of a broader effort by Baghdad to stop Kurdistan from exporting crude, which the Kurds say is crucial to their own dreams of independence.

The U.S. court last week threw out an order issued to seize the cargo, saying it lacked jurisdiction because the tanker was so far offshore.

But the judge invited Iraq to re-plead its case over the rightful ownership of the cargo. Baghdad could file claims against anyone taking delivery of the oil. The cargo's would-be buyer has already balked at accepting delivery.