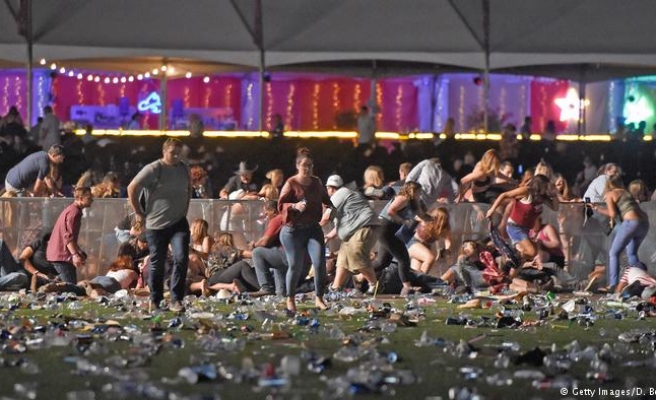 An online fundraising effort on Tuesday had raised more than $8.3 million for the victims of the Las Vegas mass shooting -- the deadliest in U.S. history.

The campaign, launched by Clark County Commission Chairman and Nevada gubernatorial candidate Steve Sisolak, attracted donations from more than 62,000 people within a day.

The campaign on online crowdfunding platform GoFundMe was launched Monday aiming to raise $1 million, but Sisolak kept moving the goalpost in response to the outpouring of support.

It was first raised to $2 million after approximating the initial goal within five hours, then to $4.5 million and later $10 million, with the latter goal looking within easy reach given the momentum.

American football team the Oakland Raiders was the first major donor, chipping in $50,000 to the campaign, saying in a statement: "The heart of the Raider Nation goes out to Las Vegas."

But on Tuesday, Sisolak's appeal at a press conference by Clark County Sheriff Joseph Lombardo broadened the scope of the campaign, bringing in huge one-off donations.

Jim Murren, CEO of MGM Resorts International, pledged $3 million for the victims on Tuesday. MGM owns the Mandalay Bay hotel from where the attacker opened fire on thousands of concert-goers across the street.

An online donor who self-identified as Stephen J. Cloobeck was shown to have made eight separate $50,000 donations adding up to $400,000.

At least 59 people were killed and nearly 530 others wounded Sunday when Stephen Paddock opened fire from a nearby hotel high rise on a large crowd attending a country music concert in Las Vegas.