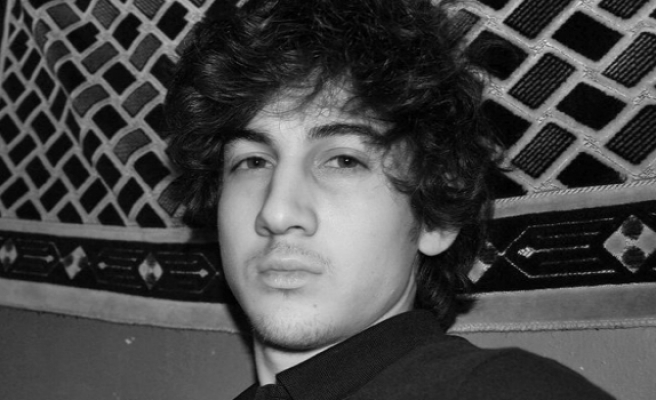 Accused Boston Marathon bomber Dzhokhar Tsarnaev is due in court on Wednesday to face charges in the worst mass-casualty attack on U.S. soil since Sept. 11, 2001, a crime that could bring the death penalty.

The 19-year-old ethnic Chechen was charged late last month with killing three people by setting off homemade pressure-cooker bombs, assembled by him and his older brother, in a crowd of thousands of race spectators on April 15, and later shooting dead a university police officer.

That shooting, and a later gun battle with police in the suburb of Watertown, Massachusetts, led to the death of 26-year-old Tamerlan Tsarnaev, and a day-long lockdown of most of the Boston area as police searched for Dzhokhar, who was found, badly wounded, hiding in a boat in a backyard.

The marathon attack injured about 264 people, with many losing legs.

The biggest challenge for Tsarnaev's attorney, public defender Miriam Conrad, will be sparing him the death penalty, one observer said.

"I suspect that Miriam will start tomorrow by trying to change his image and make him look like the normal, average, clean-cut young kid," said Walter Prince, a former federal prosecutor in Boston who is now a partner with the law firm Prince Lobel. He is not involved in the case.

Tsarnaev's appearance at U.S. District Court in Boston - the same building where mobster James "Whitey" Bulger is currently on trial - will likely be brief, with Conrad perhaps entering a not guilty plea on his behalf, Prince said.

Conrad did not respond to a request for comment.

According to court papers, Tsarnaev scrawled a note on an inside wall and beams of the boat in which he hid.

"The U.S. Government is killing our innocent civilians," the note read, according to court papers. "We Muslims are one body, you hurt one you hurt us all."

"Now I don't like killing innocent people it is forbidden in Islam but due to said it is allowed," he wrote, according to court papers. "Stop killing our innocent people and we will stop."

Tsarnaev was badly wounded during the gun battle and arrest. After initially being confined at a city hospital, he was moved to a prison west of Boston. Prosecutors have declined to comment on his current condition or if he is still being held at the Fort Devens, Massachusetts, facility.