A gunman killed seven people Thursday night in four separate locations in the U.S. state of Missouri before turning the gun on himself 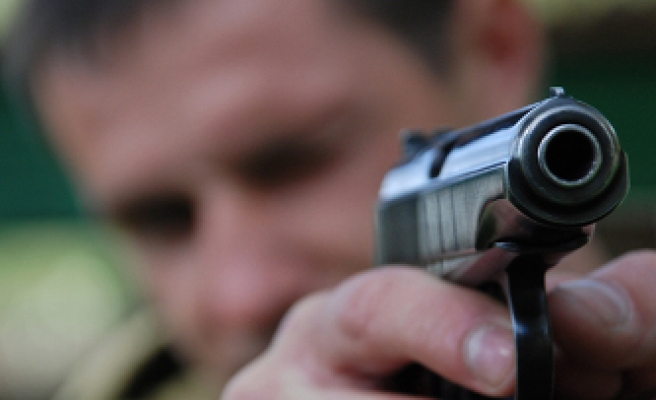 A man shot and killed seven people in a house-to-house shooting spree in a sparsely populated part of Missouri before shooting himself, the state Highway Patrol said on Friday.

Joseph Aldridge, 36, targeted family members in the bloody rampage, shooting four cousins who lived within a few miles of each other, officials said. Aldridge's mother was also found dead, though authorities said she may have died from natural causes.

The events unfolded around 10 p.m. on Thursday when the Texas County Sheriff's Department responded to a call of a disturbance at a residence in the unincorporated community of Tyrone in the south-central part of the state.

A man who declined to be identified told a Reuters photographer that a 15-year-old girl in a nightgown had come to his house, running barefoot through a snowy wooded area and crying that her parents had been shot. Deputies found two dead at the girl's home.

Authorities said they subsequently found five people dead and one person wounded in three other homes around the area. The wounded person was taken to hospital.

Among the dead were the girl's parents, Garold and Julie Aldridge, aged 52 and 47 respectively, Harold Aldridge, 50, and his wife Janell Aldridge, 48.

Authorities did not identify the other victims. They said a motive for the shootings was unclear.

Joseph's mother, 74-year-old Alice Aldridge, was also found dead. Authorities said her body would be examined on Saturday to determine the cause of death.

Joseph Aldridge was found dead from a self-inflicted gunshot wound in a vehicle in nearby Shannon County. Texas County Sheriff James Sigman said Aldridge had a minor criminal history.

"The community is shocked by it," Highway Patrol spokesman Jeff Kinder said. "There is a lot of disbelief."

The killings took place in a rural part of the state near the Mark Twain National Forest. The region attracts hunters, campers, and river rafters. Texas County where Tyrone is located has a population of roughly 24,000 people.

"It's heartbreaking," said Todd Haley, senior pastor at Ozark Baptist Church, about three miles from Tyrone. "Anytime you see families that go to this level of violence, it's a shame."

Houston School District Superintendent Scott Dill said, "My students and my teachers are very upset ... Everybody knows everybody here. We all cry together." The Houston School district in Texas County has about 1,100 students.