Canada has a strict anti-climate, pro-pipeline tack however environmentalists are now hoping for change. 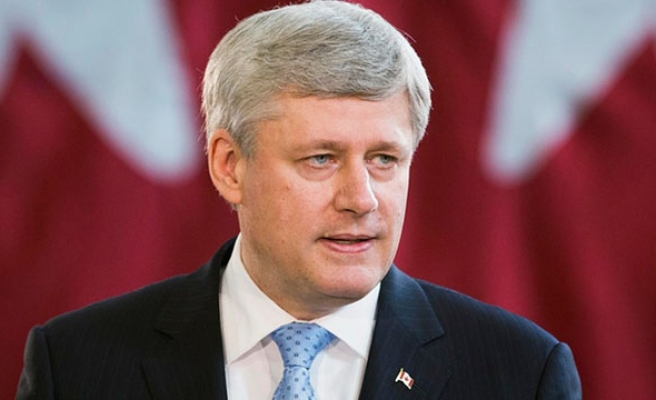 After nearly two decades of foot-dragging on carbon emissions, the winner of Canada's upcoming legislative elections will negotiate new CO2 cuts at year-end talks in Paris.

But it is unclear if Canada -- which under the incumbent government became the first nation to withdraw from the landmark 1997 Kyoto Protocol -- will change tack on climate change.

Polls show the race is too close to call a week before the October 19 ballot, after a late surge by Justin Trudeau's Liberals propelled the third-ranked party into the lead ahead of Prime Minister Stephen Harper's Tories and the New Democrats, led by Thomas Mulcair.

In May, the Tories announced Canada would seek to reduce its greenhouse gas emissions by 30 percent from 2005 levels by 2030, after admitting it would miss an earlier, less ambitious goal.

The new target was panned by environmental activists as the weakest pledge -- up to three times weaker -- of any industrialized nation ahead of the COP21 summit.

The New Democrats, meanwhile, have said they will aim for an emissions reduction of 34 percent from 1990 levels by 2025 -- which is more in line with French President Francois Hollande's ambitious goal for the Paris meeting of limiting the rise in global temperatures linked to greenhouse gas emissions to two degrees Celsius (3.6 Fahrenheit) from the pre-industrial age.

Mulcair has campaigned on electrifying Canada's transportation system and introducing a carbon cap and trade system.

The Liberals have not outlined a specific CO2 target, but vowed to fight zealously to "re-establish Canada's (good) reputation in the world."

"Whichever party wins, it has become untenable for the government of Canada not to act more vigorously to stem climate change," commented Karel Mayrand of the David Suzuki Foundation.

"Canada is isolated in the world and is missing an opportunity to shift to a greener economy," he said, adding that Canada has fallen behind on environmental matters during Harper's nine years in office.

Former Liberal environment minister Stephane Dion noted the global community views Canada as "duffer" in the fight against global warming, pointing to Harper's decision to withdraw from the Kyoto Protocol in 2011.

Harper has said the targets negotiated by a previous Liberal administration under Kyoto were unattainable, while calling the New Democrats' carbon pricing scheme a "jobs killer."

The system would cap the amount of carbon dioxide gas emitted by each industry, and allow firms to buy and sell unused emissions quotas under an imposed ceiling.

Instead, Harper has touted a sector-by-sector regulatory approach and aligning measures with its neighbor and biggest trading partner, the United States.

But the pace of cuts has been too slow for most Canadians, according to polls.

But it has failed to regulate its biggest source of CO2 emissions -- the oil and gas sector -- which represents one quarter of emissions.

"Mr Harper doesn't believe in the science of climate change, so he's not doing anything," Mulcair said.

Harper retorted during a leaders' debate that only on his watch have emissions actually fallen: 5.1 percent between 2005 and 2012.

But critics argue Harper is taking credit for lower emissions resulting from an economic slowdown during the 2008-2009 global financial crisis, and the shuttering of coal-fired power plants in Ontario ordered by the regional government.

Canadian emissions represent only two percent of global emissions, but Canada is one of the highest per capita CO2 emitters due to its size, long and cold winters, and huge resource sector.

The most recent emissions data reported to the United Nations shows total Canadian emissions have risen 18 percent since 1990 to 726 megatons in 2013.

In order to achieve a new target, Ottawa will have to co-operate with regional governments with whom they share constitutional authority over environmental regulations.

Tensions between the federal government and governing authorities in Canada's 13 provinces and territories were arguably high during Harper's three terms.

But other party leaders have yet to explain how they would get the diverse regions to buy into their respective national plans.