Erdogan, Obama to open Turkish mosque in US 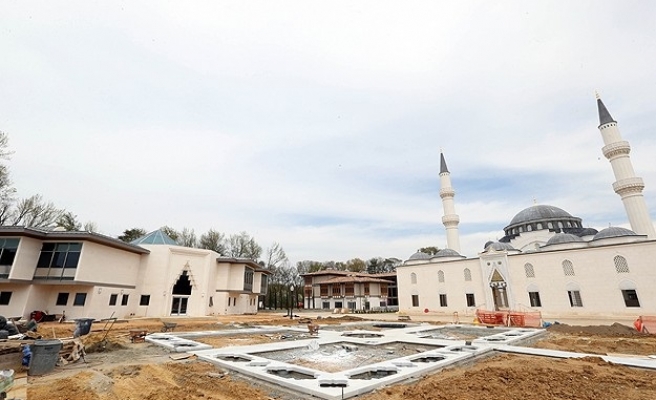 The presidents of Turkey and the U.S. will open the Turkish-American Culture and Civilization Center in Maryland, Turkey’s foreign minister said Sunday.

Mevlut Cavusoglu, on a three-day visit to Washington, visited the center that also has a middle-sized mosque, and lunched with representatives from the American Muslim community.

“During a phone call, President (Recep Tayyip) Erdogan asked President (Barack) Obama to accompany him in opening the center together and President Obama accepted his offer’in principle,’” Cavusoglu told the representatives.

If Obama’s schedule allows at the time of the opening, he will accompany Erdogan.

The complex is built on a large area and consists of a coffee house, gift shops, cultural center, amphitheater and exhibition hall, computer lab, library, Turkish bath/hamam and guest house.

Cavusoglu said the center has been constructed as a place where all Muslims in the U.S. could come together and worship freely.

He said Muslims have faced increased challenges across the world, particularly due to rising Islamophobia.

“Our duty is to tell the true Islam which is a religion of peace. Islam does not tolerate terrorism. But unfortunately al-Qaeda and ISIL terror groups have tarnished the image of Islam,” he said.