The EU and Canada agreed Monday to amend a controversial investment protection rules as part of a sweeping free-trade deal, paving the way for the trans-Atlantic accord to come into force next year. 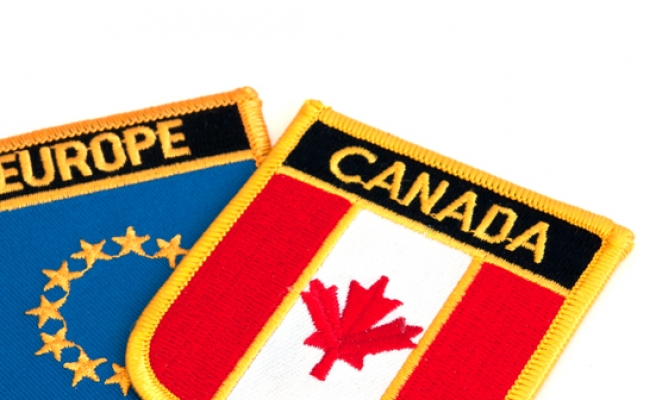 The European Union and Canada announced a major breakthrough towards completing a delayed free trade deal on Monday with hopes that the accord could be in effect next year.

Canadian and European leaders formally concluded the deal in 2014, but implementation has been delayed due to last-minute objections in Europe over provisions to create an investment protection system that would help protect companies from government intervention.

This system is key to a similar but far more ambitious agreement currently under negotiation between the EU and US and has drawn fierce criticism, especially in powerful Germany where hundreds of thousands of people rallied in October to oppose both accords.

Opponents say the measure favours big business, which could fight local rulings -- such as health and safety regulations -- that violate the trade deal and threaten their investments.

"Canada and the European Commission are very pleased to announce that the legal review of the Canada-European Union Comprehensive Economic and Trade Agreement (CETA) ... has been completed," EU Trade Commissioner Cecilia Malmstroem and Canada's Trade Minister Chrystia Freeland said in a statement.

The new deal includes important modifications to the contested investor protection system, including leaving more power to governments to regulate freely and the creation of a full-fledged court that would handle complaints.

"This is really a gold plated trade deal," Canada's Freeland said at a briefing in Ottawa, calling it a "landmark trade agreement".

Canada signing off on the changes is a significant victory for the European Commission, which is facing huge pressure to have the US agree to the same offer.

"This is virtually 100 percent what we have proposed to the United States," a senior EU official told AFP.

The measures are also being inserted into a draft EU-Vietnam deal reached last year, with the long-term ambition of having the new court system become universal and not just limited to EU deals.

The EU is second only to the United States among Canada's trading partners, while Canada ranks as the 12th most important trading partner for the EU.