Tillerson, speaking one week after President Donald Trump refused to certify the Iran nuclear deal and left its fate to the US Congress, said that he would address European allies' business concerns. 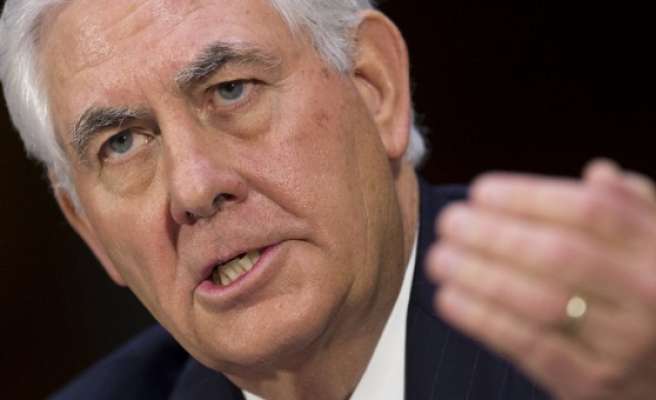 The United States does not intend to disrupt European business deals with Iran, Secretary of State Rex Tillerson told The Wall Street Journal in an interview published Friday.

"The president's been pretty clear that it's not his intent to interfere with business deals that the Europeans may have under way with Iran," Tillerson told the Journal.

Trump has threatened a "total termination" of the landmark 2015 nuclear deal with Iran unless Congress tightens sanctions on the country and European allies address US concerns.

"We've been working with the Europeans for six months," Tillerson told the Journal.

"They have been brought along with this same thought process. It doesn't mean that they necessarily agree entirely with it ... Now we will start a more formalized process with them now that the policy's been adopted."

Western diplomats say European powers share some US concerns, but believe they should be dealt with in other forums and warn it would be a mistake to sacrifice the nuclear deal.

Trump's threat to ditch the landmark agreement, which saw Tehran dramatically scale back its nuclear ambitions in return for an end to punishing sanctions, has sparked a chorus of foreign support for the pact.

European trade with Iran has surged since the nuclear deal went into effect in January 2016.

EU trade with Iran in 2016 was around $16 billion (14 billion euros), but most large European banks are reluctant to invest, fearing giant fines US or being locked out of the US market.

In the interview, Tillerson said little about the fate of lucrative Boeing contracts to sell passenger planes to Iran, or General Electric agreements to sell equipment and technologies to Iran's energy sector.