Carter has made contact with the North to arrange for the visit, and he is likely to make the trip in a personal capacity to secure the release of Kenneth Bae. 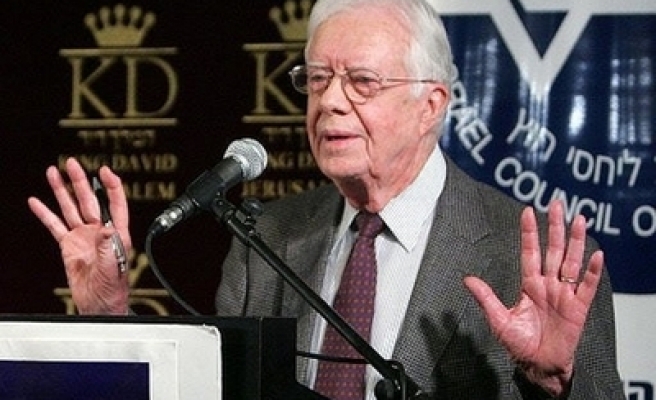 Carter has made contact with the North to arrange for the visit, and he is likely to make the trip in a personal capacity to secure the release of Kenneth Bae, the U.S. citizen, a source in Washington was quoted as saying by Yonhap.

"The issue of Kenneth Bae who has been held in the North for nine months is becoming a burden for theUnited States," the diplomatic source was quoted as saying by Yonhap.

"Even if Carter's visit materialises, it will be focused on the issue of Kenneth's Bae's release more than anything else."

Bae, who is in his mid 40s, was sentenced in May to 15 years hard labour by North Korea's Supreme Court after being detained in November as he led a tour group through the northern region of the country.

North Korea said Bae was participating in activities designed to overthrow the government, by infiltrating at least 250 students into the country.

Bae has acknowledged to being a missionary and has said he had conducted services in the North.

Bae said he had been moved by his faith to preach in North Korea, ranked the most hostile to Christianity by Open Doors International, a Christian advocacy and aid group, since the late 2000s.

His arrest and conviction came as the North and the United States remain locked in a diplomatic standoff surrounding Pyongyang's missile and nuclear tests and its claim that Washington was plotting to attack the country.

Pyongyang has had a history of trying to use American captives as a bargaining chip to drag Washington into talks but the administration of U.S. President Barack Obama has been reluctant to respond.

Bae has sent letters to his family in the United States pleading for help because his health was failing, his sister said in a media interview last week.

Carter has made trips to the North on diplomatic missions and in 2010 helped earn the release of another American, Aijalon Mahli Gomes, a Boston native who had been sentenced to eight years hard labour for illegally entering the country.

Former President Bill Clinton flew to North Korea in 2009 and won the release of two American women media workers who had been sentenced to 12 years for illegally entering the country.