A new exhibition at the Northern Illinois University highlights the material culture of indigenous Muslims in the Philippines. 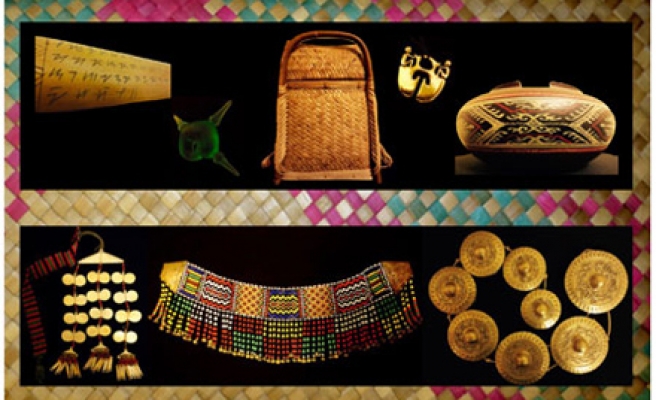 A new student-curated exhibition inside Founders Memorial Library at the Northern Illinois University explores the material culture of indigenous and Muslim minorities found throughout the Philippines, a nation with a diverse history and people.

Together, says curator Anthonie Tumpag, a graduate student in anthropology at NIU, these people represent a glimpse into a vibrant heritage of the Philippines that once flourished throughout the islands prior to Spanish colonization in the early 16th century, reports the NIU Today.

“These proud people exemplify the enduring spirit of the Philippine people to survive despite the ravages brought upon by colonialism, marginalization and globalization,” Tumpag says. “While considered a minority population today, they contribute immensely to the Philippine’s diverse makeup.”

This month is Filipino American Heritage Month and the exhibition provides a rare insight into the origins of the Filipino people, whose technology, motifs and knowledge are the basis of inspiration for a younger generation both at home and abroad who wish to reconnect with their roots.

Anthonie Tumpag  the curator is among those who have reconnected to their roots.

“Understanding my own Filipino-American identity proved difficult growing up in a small town in the U.S. where there wasn’t an established Filipino community. Beyond my home, the food, and my mother’s stories, I felt quite detached from my ethnic heritage,” he says.

“Yet I found solace in reading about the diversity in cultures found within my mother’s homeland, and I slowly began collecting cultural items and eventually curating exhibits in my community hoping to promote diversity and cultural understanding,” he adds. “I, along with many other Filipinos, hope to breathe new life into these cultural objects in an effort to not only better understand who we are but also share our heritage in the places we live today.”

The collection is on display at the library of the NIU.