The British executioner is also said to have been more likely to be a frontman rather than the real killer, in what they claim could be nothing more than a propaganda video. 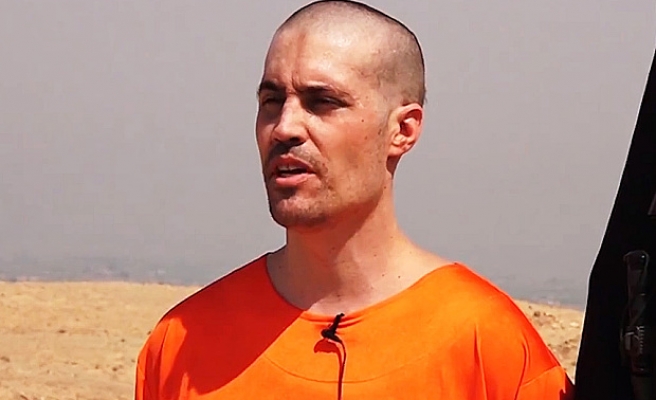 Forensic experts analysing footage of the execution of US journalist James Foley at the hands of rebels in Iraq have concluded that the video may have been staged.

International experts watching the four-minute 40-second clip believe the self-proclaimed 'Islamic State' rebels used a simple camera trick to make it appear as if Foley was being killed, according to The Telegraph.

The British executioner is also said to have been more likely to be a frontman rather than the real killer, in what they claim could be nothing more than a propaganda video.

Experts speaking to The Times noted that no blood can be seen even though the knife is drawn across the neck area at least six times, with sounds allegedly made by Foley not being consistent with what may be expected.

A blip during Foley's alleged last speech also indicates that he may have made a mistake in lines which were seemingly memorized and not his own.

“I think it has been staged. My feeling is that the execution may have happened after the camera was stopped,” an expert said.

Another expert cited in Top Info Post mentioned that in the seconds before the executioner jab the knife into Foley’s neck, there was no single sign that he was terrified.

“My experience of these things is when the knife gets close the knees buckle and you become like a rag doll, whereas this guy seemed to sit upright. It could be that that particular knife wasn’t the one that killed him, that that was a play-acting thing,” the expert told The Times.

The second part of the video which shows Foley’s decapitated head while he was upturned back also features another knife next to his body, different to that which was held in the hand of the apparent executioner.