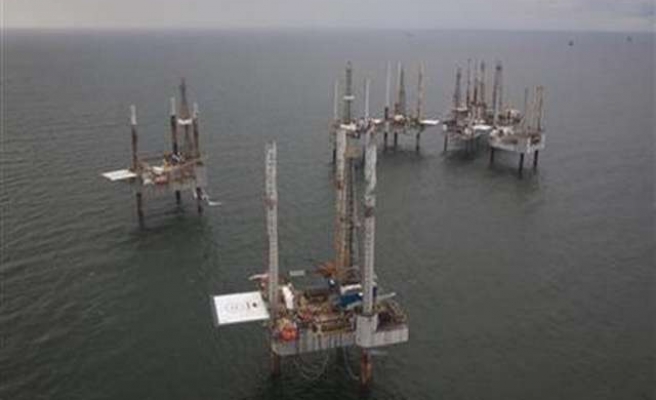 As the pressure on Washington to remove its four-decade ban on exporting crude oil increases, experts differ whether the restriction would harm or benefit the United States' economy, domestic oil prices and national energy security.

A joint report released last week by the Brookings Institute and National Economic Research Associates said that removal of the ban would help the economy as well as increasing welfare and GDP in the U.S.

Lawrence Summers, former U.S. Treasury Secretary under President Bill Clinton and National Economic Council Director for President Barack Obama between 2009 and 2010, backed the report and supported the removal of the ban on U.S. crude oil exports.

However, energy experts are drawing attention to U.S. economic growth and the volatility of oil prices, suggesting that any decisive steps by the government on the ban would come after congressional elections in November.

"The real concern is whether exporting oil from the U.S. would increase gasoline prices and harm the economy," says Sarah O. Ladislaw, director of the Energy Program at the Center for Strategic and International Studies, a Washington-based think-tank.

"The U.S., like many economies around the world, is concerned about economic growth at home," she added.

After the Arab oil embargo of the early 1970s, the U.S. banned crude oil exports to keep production at home for domestic consumption and industrial use.

"The world economy is fueled by oil, and the price of oil is very volatile," says Jorge R. Pinon, director of the Latin America and Caribbean Energy Program at the University of Texas at Austin.

"Every country has to be ready for the volatility of oil prices," he said, adding: "Every government, today, should have some sort of a national security energy plan against the price volatility of oil, such as having oil reserves in tanks to keep our infrastructure running."

U.S. Senator Lisa Murkowski has been one of the strongest advocates of removing the ban. The Alaska senator voiced her concerns in a report, ‘A Ban for One: The Outdated Prohibition on U.S. Oil Exports in Global Context’, in July.

By lifting the de facto ban on crude exports, the United States would strengthen its trading ties, improve economic efficiency and enhance its posture around the globe, according to the report.

"The U.S. is the only member of the OECD and International Energy Agency that has effectively banned the export of crude oil produced domestically, while several American allies – namely, the U.K., Australia, and the Netherlands – continue to export oil while remaining net importers," said the report, adding: "The President could issue a finding that greater oil exports are in the national interest."

Andrew Holland, an energy expert at the American Security Project, a non-partisan organization in Washington, says: "The President can authorize individual exports and the Department of Commerce can sign off on individual shipments. Oil requires a permit each time for each export."

Although a resolution may not come for two more months, congressional elections in November might be a key turning point for the government to take significant steps.

Jorge R. Pinon says: "We don’t think that anything is going to happen prior to the [U.S. Congress] elections in November."

"The administration is being very careful, because they don’t want to hurt their chances of the Democratic Party losing prior to that election. Hopefully, we will see some action from the federal government after November," he added.

Ladislaw says: "We still believe that it is very hard politically to allow crude oil exports. I think politicians are wary of extending crude oil exports [which] would allow oil prices to rise."

Although the U.S. has been a net importer of oil for decades, the country’s dependence on imported oil has declined since peaking in 2005, according to the Energy Information Administration.

While the U.S. produced almost 1.9 million barrels of crude oil in 2005, this increased to 2.7 million in 2013, according to data from the administration.

There has been pressure on Washington from domestic oil producers to remove the shackles of the four-decade ban as well; "The industry supports the export of crude oil," says Pinon.

Holland said: "Exporting oil would move the profits from American refiners, who are currently buying crude oil at a low price and selling gasoline at a high price, to American oil companies, who would then be able to sell crude to the highest bidder," says Holland.