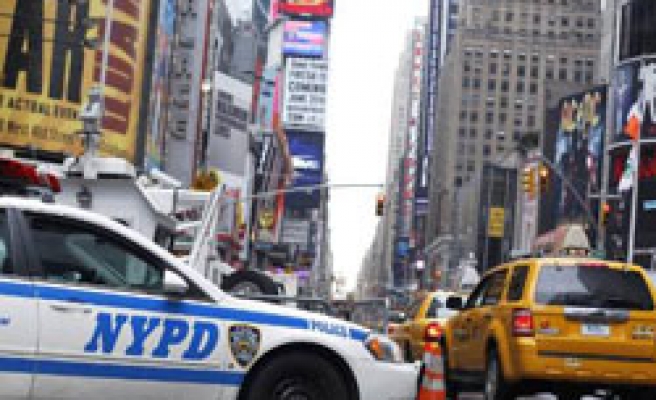 A broken water heater flue pipe caused a carbon monoxide leak inside a restaurant at a mall on New York's Long Island that killed one person and injured 27, a fire official said on Sunday.

Terence McNally, chief fire marshal for the town of Huntington, said the malfunctioning pipe had allowed for the buildup of the deadly gas on Saturday in the basement of the Legal Sea Foods restaurant at the Walt Whitman Mall in Huntington Station, 40 miles (65 km) east of New York City.

A Suffolk County Police Department spokeswoman said arson and homicide detectives were still examining the leak on Sunday. She said police were not confirming that the water heater flue pipe was the source of the leak, and that the restaurant's heating system was being inspected.

Police went to the restaurant around 6 p.m. on Saturday after reports that a worker had passed out and fallen down a set of stairs.

As police cleared the restaurant of its customers, officers found the 55-year-old manager, Steven Nelson, unconscious in the basement. He died of cardiac arrest as he was being transferred by ambulance to Huntington Hospital, according to hospital spokeswoman Julie Robinson-Tingue.

Twenty-seven other people, most of them restaurant workers but also including four ambulance personnel and three police officers, were transported to five area hospitals with non-life-threatening symptoms, police said.

The Legal Sea Foods restaurant remained closed on Sunday as did a nearby Panera Bread, which was also evacuated on Saturday. A third restaurant cleared of its customers on Saturday, The Cheesecake Factory, was open for business on Sunday, according to an employee who answered the phone.

Legal Sea Foods, which has locations around the northeastern and mid-Atlantic United States, said in several postings on Twitter it was "devastated by the news of carbon monoxide poisoning," and that it was "profoundly saddened to learn of the tragic death of our General Manager Steve Nelson," adding "Our thoughts and prayers are with his family."

A restaurant representative who answered the phone at company headquarters in Boston on Sunday said company officials were unavailable to comment until Monday.

Carbon monoxide is an odorless, colorless gas that can cause sudden illness or death, according to the Centers for Disease Control and Prevention. It is found in combustion fumes, such as those produced by car engines, gas ranges or heating systems.