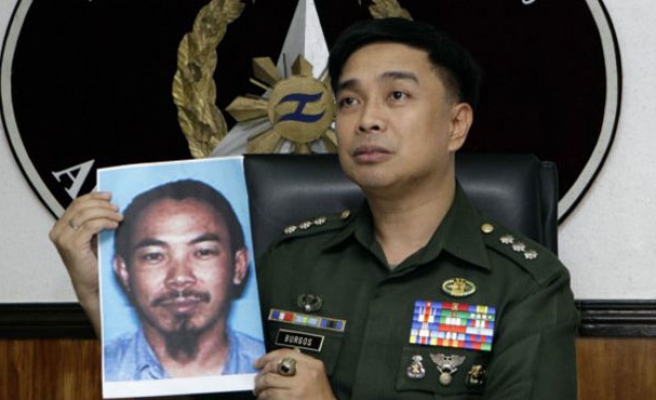 The U.S. Federal Bureau of Investigation said on Wednesday it has confirmed that Zulkifli bin Hir, one of its "most wanted" was killed in a raid in the Philippines in January.

A person familiar with the investigation said the FBI was able to confirm bin Hir's death in part through DNA analysis of a severed finger that Philippine authorities collected from the gruesome scene of a raid that left bin Hir dead.

The finger was transported to the United States where FBI agents compared its DNA to one of bin Hir's siblings and found a link.

Only a finger, and not a full body, was recovered from the scene because of the chaotic aftermath of the raid in which 44 Philippine police commandos were killed when they clashed with Muslim rebels. The raid ended a three-year ceasefire.

The U.S. State Department had offered $5 million for the arrest of bin Hir, a Malaysian member of the Jemaah Islamiah group.

Three years ago, the Philippine military reported bin Hir died in an air strike, but he surfaced again last year in Mindanao under protection of a Moro Islamic Liberation Front splinter group.

In a statement, David Bowdich, assistant director in charge at the FBI Los Angeles Field office said the agency has now taken bin Hir off its Most Wanted Terrorist list and thanked the Philippine police.

"Once again, the men and women of the FBI express sincere condolences to the brave officers of the Special Action Force who lost their lives while attempting to apprehend this dangerous fugitive," Bowdich said.