All told, about 100 marchers were expected to make the entire journey, with more joining segments of the long walk 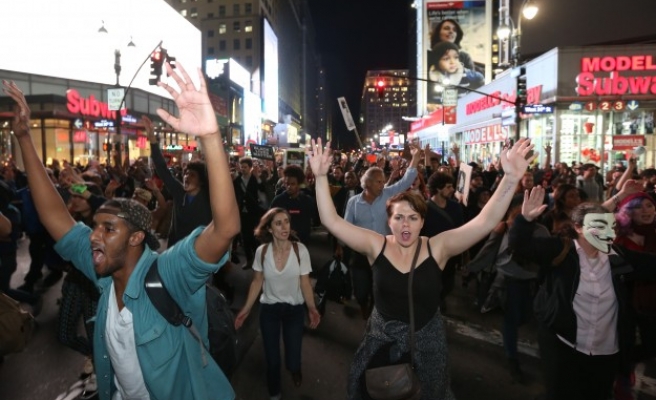 Activists in Ferguson, Missouri, on Saturday began a 120-mile march to the state capital to protest the killing of an unarmed black teen by a white police officer, a case that has rekindled a national debate over U.S. race relations.

The seven-day march to Jefferson City, organized by the National Association for the Advancement of Colored People, began with more than 150 people setting out from the Canfield Green Apartments, where 18-year-old Michael Brown was shot and killed on Aug. 9 by Officer Darren Wilson.

The NAACP is calling for a reform of police practices, a new police chief in Ferguson and a national law to prevent racial profiling by police.

The "Journey for Justice," which is reminiscent of the civil rights marches of the 1960s, began with some people singing the decades-old protest song "We Shall Overcome." Participants carried signs proclaiming "Black Lives Matter" and "Equality Now!"

A grand jury's decision on Monday not to charge Wilson ignited protests in Ferguson and a riot that left buildings torched and stores looted. Wilson has said he acted in self-defense.

Since the announcement on Monday, demonstrations have spread to major cities across the United States, resulting in hundreds of arrests during the week, including at least 16 arrests overnight in Ferguson, police said.

Sandra Henry, 53, a registered nurse from St. Louis, came to the Canfield Green Apartments to join the march and said she would like to see a change in how police operate.

"This isn't just about St. Louis. We are speaking for other cities, other countries too," Henry said.

All told, about 100 marchers were expected to make the entire journey, with more joining segments of the long walk, said NAACP staff member Jamiah Adams.

The NAACP expects about 1,000 people to be part of the final leg of the march, said Adams, who will participate along with other NAACP staff members and the organization's president, Cornell William Brooks.

Marchers will be able to shuttle back and forth between the walk and their residences in the St. Louis area by taking a bus back to a staging area, Adams said.

Missouri Governor Jay Nixon has called for the state assembly to convene for a special session in the state capital to approve more funds for the Missouri Highway Patrol and the National Guard, after months of protests over Brown's death.

In New York, activists planned to rally in Harlem on Saturday to draw parallels between Brown's death and what they see as other cases of unjustified police violence.