A new survey says only 9 percent of blacks approve of the grand jury's decision, while 58 percent of whites say justice was served. 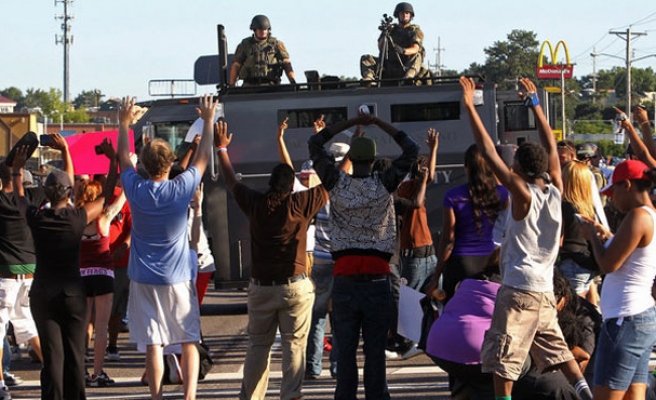 Forty-eight percent of the Americans say they support the decision, with 45 percent voicing disapproval, according to the survey that was produced for ABC News/Washington Post by Langer Research Associates.

There was a stark division between how blacks and whites viewed the decision, however, as only 9 percent of blacks approved, while 58 percent of whites believe justice was served.

The Aug. 9 shooting of Michael Brown by Darren Wilson ignited a debate about the issue of race relations and police brutality across the country.

The grand jury's decision not to charge Wilson came after three months of investigation and triggered riots in the St. Louis suburb and throughout nation.

The survey also revealed that public opinion is evenly split -- 48 percent to 47 percent -- on whether the federal government should bring civil charges against the officer. A separate civil rights investigation opened by the Justice Department could lead to a separate prosecution.

Eighty-five percent of blacks said they would approve such a prosecution, as opposed to 38 percent among whites, the survey shows.

A white police officer killed a black person nearly twice each week during a five-year period between 2007 and 2012, according to a report released by the Federal Bureau of Investigation in August.